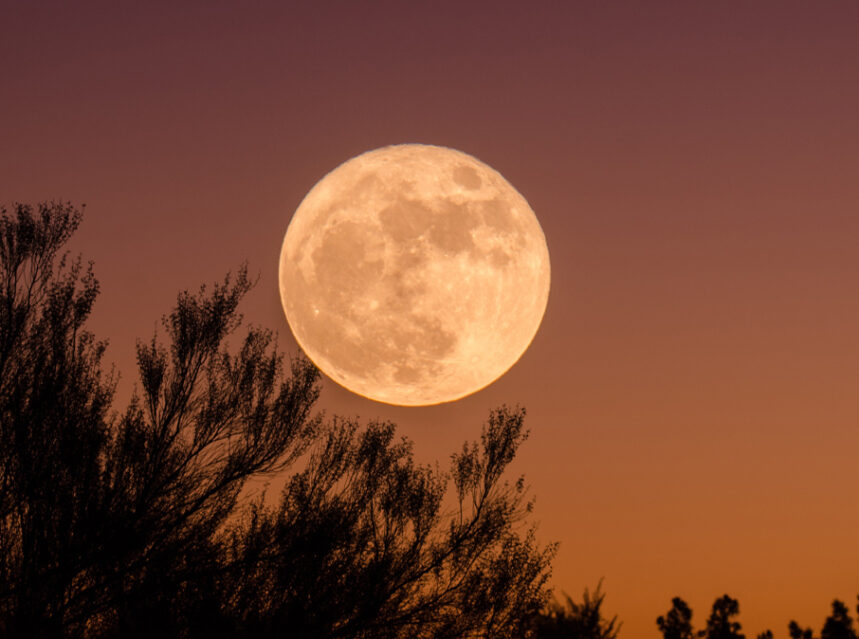 TORONTO, August 10, 2022 – This year we are lucky enough to experience four straight supermoons starting in May and the fourth and final supermoon of 2022, known as the Sturgeon Moon, will reach its peak in Toronto’s southeastern sky on Thursday, August 11 at approximately 9:36 p.m. (EDT).

According to  The Old Farmer’s Almanac August’s full Moon was traditionally called the Sturgeon Moon “because the giant sturgeon of the Great Lakes and Lake Champlain were most readily caught during this part of summer.”

Of course stargazers hoping to watch the Perseids meteor shower (peaking Aug. 12-13 and continuing until late August) will not be thrilled with the gigantic bright Sturgeon Moon as it will hinder their ability to watch the year’s most anticipated display of shooting stars. Unfortunately, NASA astronomer Bill Cooke says it will greatly reduce shooting star visibility from 50-60 per hour to 10-20.

According to the Old Farmer’s Almanac “Supermoons are commonly defined as full Moons that occur while the Moon is at its nearest point to Earth. (Because its orbit is not a perfect circle, the Moon’s distance from Earth changes throughout the month.) Supermoons are ever-so-slightly closer to Earth than the average full Moon, which technically makes them extra large and bright from Earth’s perspective.”

The Perseids will begin to wane Aug. 21-22 and cease completely by Sept. 1, according to NASA. They also say that the Perseids are “the debris remnants of Comet Swift-Tuttle, a lumbering “snowball” composed of ice, rock, and dust, which orbits our Sun every 133 years. The comet itself was last visible to us in 1992 and won’t pass our way again until 2125.”