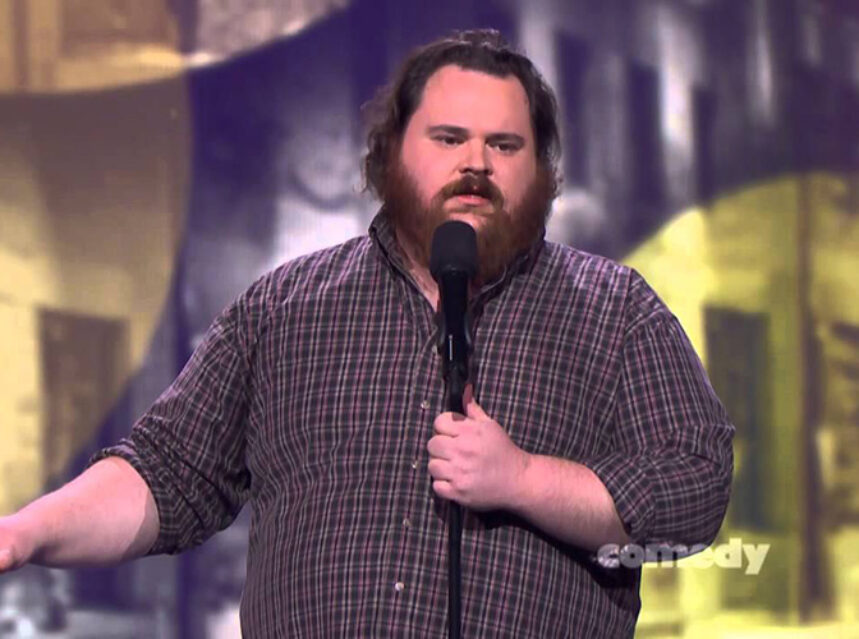 K Trevor Wilson – Tune into Comedy Network this Saturday, March 18, at 10pm to see Canadian K Trevor Wilson’s special: Bigger in Person. Born and Raised in Toronto, K Trevor Wilson always loved the stage. “I started out as a kid actor at 14. My first job was on Goosebumps playing bullies,” he said. “But I always had a love for stand-up comedy.”

After graduating from high school, K Trevor followed his passion to Humber College where he completed their comedy writing and performance program. “I started doing comedy around then and just plugged away at it.”

Now, he’s gathered quite the following through his stand-up performances and his Ontario-based comedy show, LetterKenny. LetterKenny just received Best Comedy Series at the Canadian Screen Awards in Toronto. “You always hope that you’re going to hear your name called, but you never actually expect it,” Wilson said. “When they said ‘the winner is LetterKenny,’ we all jumped out of our seats.”

LetterKenny was the only show nominated that is not on a channel. Viewers tune in on CraveTV. The first and second season only have six episodes each. “We were the little show that could—and we did.” The cast is currently working on season three of LetterKenny.

Saturday’s special is K Trevor Wilson’s first stand up special. It was taped last summer at Just for Laughs in Montreal. “It’s a solid half hour of comedy,” he promised. “Filming it was awesome.”

When asked what he loves about performing stand up comedy, it’s clear that K Trevor Wilson loves to see his crowd react. “It’s a great rush,” he said. “You write it. You perform it. You’re the director and star all at the same time. If it goes well, it’s on you; if it goes poorly, it’s on you. There’s a real adrenaline rush getting a response from the crowd on something you created.”

A couple of K Trevor’s highlights from recent months include opening for Louis C.K. at the Sony Centre, and performing at the Molson Amphitheatre in front of 16 000 people. “That was an incredible feeling,” he said. “When you look out and see a sea of people. That’s a lot of people to look at and tell your jokes to.” You might have also seen him perform on Jimmy Kimmel Live!

K Trevor Wilson draws a lot of his content from his own life. “I’m a storyteller,” he said. “I do a lot of strange but true aspects of my own life.” He thanks his family for a lot of his jokes. “My family has always been a good source of comedy for me. They’re the butt of a lot of my jokes.”

Coming up next for Wilson is the Just for Laughs Road Show, as well as creative development on new shows. “I’m hoping to continue to do stand up,” he said. “And I’m hoping to start creating more with other people.”