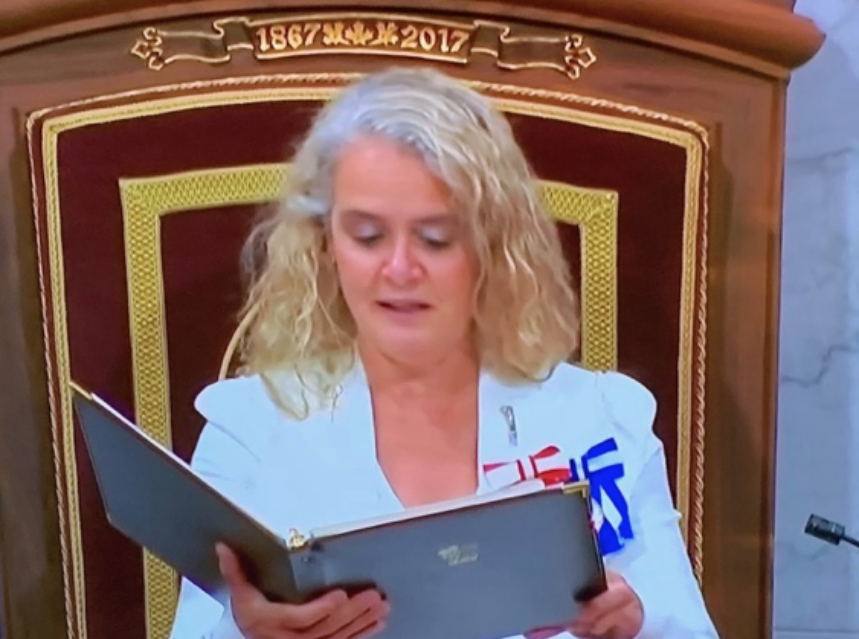 “As Canadians continue to live with the consequences of COVID-19, the federal government has outlined measures that will help workers and their families to endure the immediate crisis and also fix systemic issues to help the country #BuildBackBetter from the pandemic,” said Unifor National President Jerry Dias.

“Unifor has long advocated for many of these priorities including a commitment to job creation, increased training for workers, new infrastructure spending, and an overhaul of Employment Insurance to close gaps in the existing income security system,” added Dias.

As part of the goal of net-zero emissions by 2050, the government pledged to help make zero-emissions vehicles more affordable and to launch a new fund to attract investments in making zero-emissions products combined with a tax cut for companies to create clean technology jobs.

“Unifor has just reached a tentative agreement with Ford $1.95 billion of investments to build five models of electric vehicles in Oakville,” said Dias. “EV is the way of the future and it’s key that Canada attract investment now to ensure that our auto industry is not left behind.”

With the extension of the Canada Emergency Wage Subsidy program until next summer, Unifor urges the government to maintain the previous level of support of 75% of wages up to a maximum of $847/week while hard-hit entities with revenue declines of 70% or greater should receive a 85% maximum subsidy. Impediments such as including health premiums, pension contributions and other non-taxable benefits in the definition of eligible remuneration must also be removed.

The Trudeau government also announced support for sectors that have been hardest-hit by the pandemic including travel, tourism and hospitality.

“Our airline, casino and other hospitality and travel members have been devastated by the pandemic and it’s clear that these workers will need sustained support while these industries recover,” said Dias.

Unifor says it will continue to advocate for national industrial strategies to rebuild domestic industrial capacity in critical sectors such as auto, aerospace, shipbuilding and forestry and continues to seek support for oil and gas workers during the transition to green energy.

As Canada’s largest media union, Unifor welcomes the courageous but overdue government action on making foreign web giants like Netflix pay their share to support Canadian news, sports and entertainment, just like our Canadian media companies. If a minority parliament impedes the quick implementation of this bill, the federal cabinet can and should order the CRTC to end its regulatory exemption for American web giants.

The union also supports the increase in funding for childcare that can be used as a springboard to create a national, universal childcare program, and maintains its support of national pharmacare.

Unifor has been a vocal critic of the deficiencies in long-term care that led to the tragic loss of thousands of seniors during this pandemic and hopes the creation of new national standards of care will help to address the shameful conditions in facilities across the country.

For more information on Unifor’s plan to #BuildBackBetter from the pandemic view the union’s Road Map for a Fair, Inclusive and Resilient Economic Recovery.

Unifor is Canada’s largest union in the private sector and represents 315,000 workers in every major area of the economy. The union advocates for all working people and their rights, fights for equality and social justice in Canada and abroad, and strives to create progressive change for a better future.

Cosmetic surgery is on the rise: Here’s how to make it safe

Toronto road closures this weekend include “The Allen” and ActiveTO streets, lane reductions on Gardiner and Lakeshore