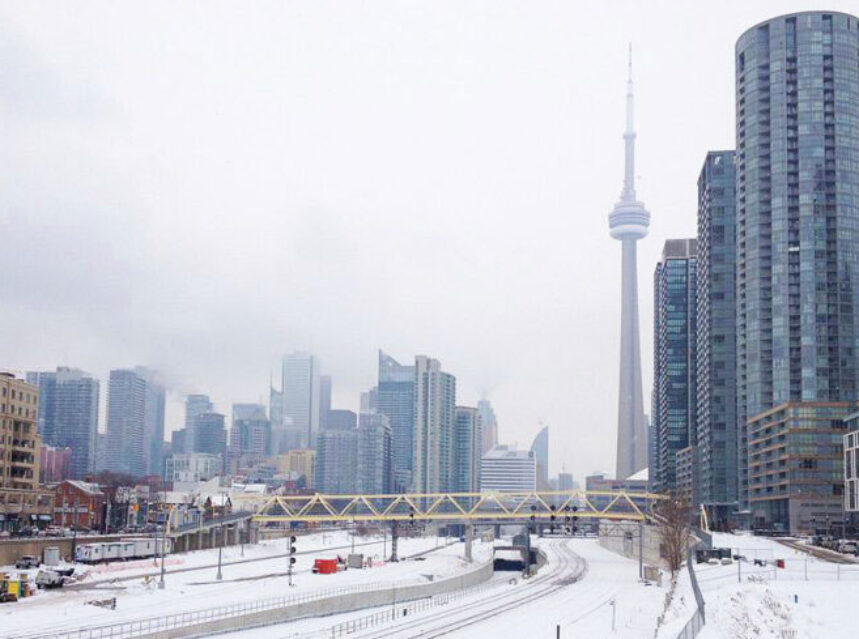 So much for our white Christmas but Toronto will start 2020 off with a taste of winter as after Toronto’s warmest December 30 on record (10.2 degrees celsius) Environment Canada has issued a Weather Advisory for the morning and afternoon of December 31, 2019. Although the actual accumulation will be 4cm or less there will be times when the snow is heavy and could reduce visibility.

Snow is affecting much of southwestern Ontario this morning and is advancing eastward, according to Environment Canada. There may be brief bursts of heavier snow with very poor visibility at times. Accumulations should be limited to a few centimetres at most.

Strong wind gusts up to 70 km/h are also anticipated. The combination of heavy snow and strong winds will result in reduced visibility.

New Year’s Day is expected to be closer to seasonal temperatures with flurries, and the temperature remains above zero until Sunday when they begin to drop again.

For the full week of January when the kids are back at school we could be back to normal January temperatures and may see night time wind chills of -13 with a low of -8 celsius next Wednesday night.

There is snow in the forecast next Monday through Wednesday but accumulations are only expected to be 3 – 6 cm with the heaviest snowfall expected Tuesday according to the Weather Network. Here is a t look at Toronto’s 14-Day forecast from The Weather Network.