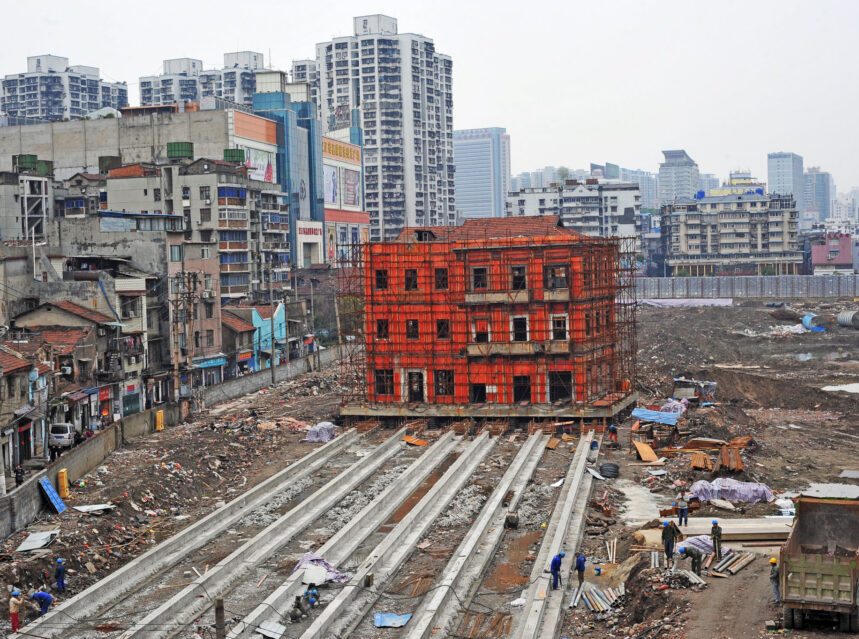 A recent video of a 400 tonne 19th century heritage home being transported through downtown Toronto this previous weekend was sent to us by reader Stephen Mason.

Previously located on the north side of Howard Street, east of Edgedale Road, the William Whitehead House (1887) is a 2½ storey detached house form building. The property was listed on the City of Toronto Inventory of Heritage Properties in 1974.

Mason described the scene as “quite amazing to witness.”