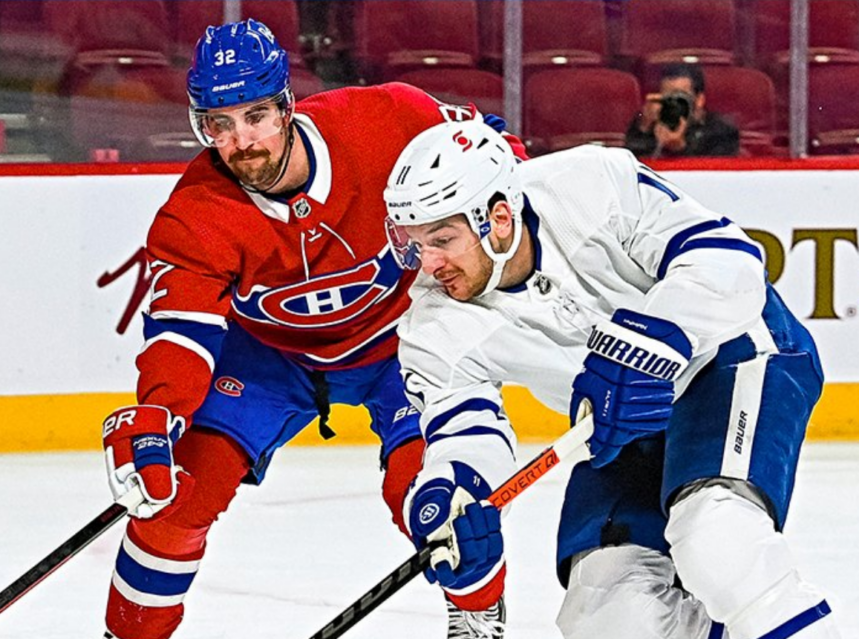 Today, Toronto Mayor John Tory and Ontario Premier Doug Ford announced that for tonight’s Game 7 between the Leafs and the Habs, 550 fully vaccinated frontline healthcare workers will be allowed to attend in person at Scotiabank Arena. Also, Maple Leafs Sports & Entertainment will be covering their cost of allowing the fans to attend.

And that’s not all. Scotiabank also will be providing free Leafs jerseys to each attendee at tonight’s game.

The decision was made following discussions with the Chief Medical Officer of Health, Toronto Public Health and hospital partners, and after a petition initiated by Brampton Mayor Patrick Brown received over 10,000 signatures to get frontline worker Leafs fans in the stands.

“I am happy to announce that they have signed off on allowing 550 fully vaccinated frontling health care workers, including hospital and long-term care staff, to be invited to attend Game 7 of the series between the Toronto Maple Leafs and Montreal Canadiens at Scotiabank Arena tonight,” reads the statement from Ontario’s Premier.

Ford also said, “With these health care workers having received both doses of a COVID-19 vaccine at least two weeks ago, and with precautionary measures in place like screening, masking, distancing, enhanced cleaning and crowd control, public health officials are confident we can put these special fans in the stands safely and with minimal risk.”

“Our frontline heroes have helped us get through this pandemic and now they’ll be helping cheer on our Toronto Maple Leafs,” said Mayor Tory. “This is another step in our move towards a safe and cautions reopening in the coming weeks. It also shows the importance of having proper safety measures in place and getting fully vaccinated, ” added Mayor Tory.

Meanwhile, two nights ago the Boston Bruins hosted the New York Islanders with over 18,000 fans in the stands. This was the highest attendance for an NHL game since the league restart during the pandemic.

“The medical advice is clear that is safe for fully vaccinated individuals to be free and clear,” said Brampton Mayor Patrick Brown, who started a petition that received over 10,000 signatures to allow fans in the stands.

“I want to thank Maple Leafs Sports & Entertainment for covering the cost of allowing these health care workers to attend tonight’s game and Scotiabank for providing jerseys to each of them,” said Ford.

“I can’t find a better way to support the Blue and White in this crucial game than having our healthcare heroes cheer them on in person. Go Leafs Go!” said Premier Ford.

The Leafs will face the Habs without the services of their star defenceman, Jake Muzzin and their captain John Tavares. Maple Leafs coach Sheldon Keefe said that Muzzin is going to be sidelined for a minimum of three weeks due to a lower-body injury that he suffered in the Maple Leafs’ Game 6 OT loss to the Montreal Canadiens. Leafs key centre John Tavares is still suffering from a concussion and a knee injury sustained back in Game 1 of the series.

The good news is Tavares did skate with the team on Monday, but Keefe said although Tavares is recovering well, he is still not available for game action.

The Habs have come back to force the a Game 7 after falling behind 3 games to 1 in the series.

So all the cards are also still on the table for both Toronto Mayor John Tory and Montreal Mayor Valérie Plante who have bet that the loser of the series will have to fly the winning team’s flag at their City Hall. Each Mayor also will be donating $500 to their local team’s charity, MLSE Foundation for Toronto and the Montreal Children’s Foundation for Montreal. Plus the losing team’s mayor will donate another $500 to the winning team’s charity.