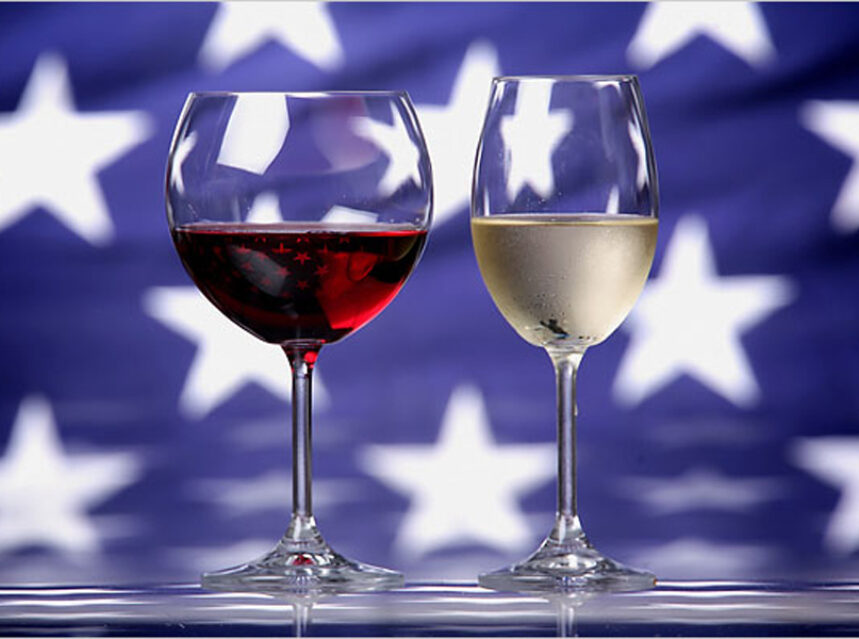 Most people that know a bit about wine know  about the wines of Napa Valley and Sonoma. These two popular viticulture areas and other lesser known  grape-growing regions in sunny California account for a vast majority of the wines produced in the U.S.

Wine tourism has become an interesting curiosity for wine lovers and adventures alike. Each year, millions of people head to California to visit vineyards and wineries. A trip to Napa or Sonoma can prove exciting and interesting, but there are many of the beaten track winemaking regions in the U.S. outside of California. The best of these viticulture areas boast high quality wines and beautiful natural landscapes. Tourists often find that the rural setting of winemaking regions is as attractive as visiting the wineries themselves.

High Class wineries can be found in most states  of the U.S. Many of these enterprises

often family run, welcome tourists who want to wander the vineyards, browse through the cellars and taste the final products of the winemaker’s efforts.

With autumn at full swing, american wineries will celebrate the fresh start of a new vintage with harvest festivals, tours, tastings, winemaker dinners, special events and much more. Indeed, the fall harvest is one of the busiest, most exciting times to visit wine country.

Here are some of the interesting wine regions in the US:

North Fork of Long Island, New York: Just two hours outside of the United States’ largest city lies a peaceful oasis of virgin beaches and sprawling vineyards. Vision a mix  of Cape Cod and Tuscany, and you’ll begin to make an image of Long Island’s North Fork. This emerging wine region is now some 40 years in the making, and the tourism industry has been quick to discover it. Wines to try include Merlot, Cabernet Franc and Chardonnay.

Seneca lakes, Finger Lakes: One of my favorite wine regions is Seneca Lake, located in the Finger Lakes region of upstate New York.The Finger Lakes were formed by glacial carving, and Seneca lake is one of the deepest lakes in the United States. From a wine perspective, this is very important, as it is the key element that allows Vinifera grapes to survive the harsh winters, acting as a warming mechanism for the grapevines that hug the nearby steep hillsides.
It’s a cool climate growing region that highlights bright and lively white wines, such as Riesling, Chardonnay, and Gewurztraminer, while showcasing leaner style reds such as Cabernet Franc and Lemberger in a beautiful light,

Mendocino, California: The wines from Mendocino, California have really been tasting amazing to me these days. The variety of microclimates, the coastal winds, pacific fog and the ability to dry farm give the winemakers the ability to work with a variety of grapes and make wines that are naturally higher in acid and lower in alcohol, which i prefer.

There is an incredible amount of organic, biodynamic and generally non-interventionist farming going that has been going on there for a while which we don’t see often in the U.S. Most winemakers in California own their own fruit and the ongoing interest in wines raised without pesticides and other chemicals means that these farmers are seeing more interest and more business, which also hopefully means more wineries will begin to convert their vineyards over to these practices as well which means healthier wine for wine lovers.

Wines of the week:

Bright  in the glass, this Chardonnay has a lot of energy. On the nose,hibiscus flower, stone fruit with apple blossom and  a touch of lemon cream. Long and beautiful with a delicious minerality at the finish. Pair it with sauteed scallops in butter. 92/100

On the nose, pencil shavings with caramelized notes of cherry, wood and spices. On the mouth, rich fresh tasting and elegant. Polished texture with satiny tannins. Pair it pulled pork or rare roast beef. 90/100

Dark chocolate, cassis and mint. On the mouth, lots of sweet fruit, oak with black plum flavors. Generous with a medium acidity and bit of a  hot finish. Pair it with new york strip steak and french fries. 87/100

On the nose, hedonistic aromas of black plums, and blueberry pie filling with light oak accents. On the mouth, generous and supple with deep blackberry and blueberry flavors, medium acidity and plush tannins. Pair it with a lamb or beef stews. 91/100