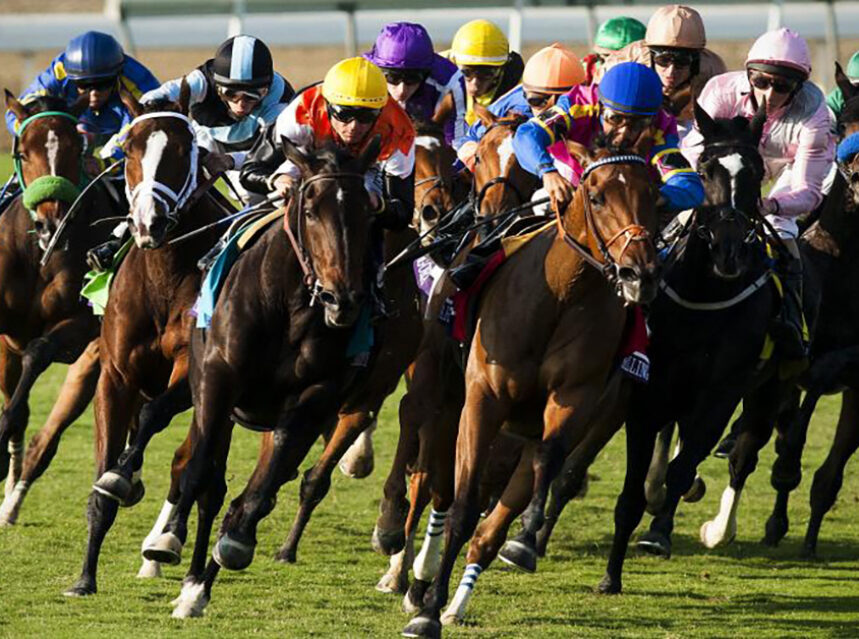 Jimmy Chan has already made some waves in the business world, as he co-founded Odyssey 3D after leaving Schulich School of Business in Toronto. Now, the Canadian entrepreneur has announced Oly Sport as his next major venture.

What is Oly Sport?

This is an online horse racing game platform that is built on a blockchain platform. Non-fungible tokens (NFTs) are used to represent virtual horses that players can buy, breed, and compete with in races. In this way, they can enjoy the sport as a hobby while also looking to win prizes on the races that they take part in.

Owning a real-life race is a hugely expensive business, which is why many people choose to do it through a partnership or syndicate, with leasing a horse being another less expensive option. However, horse racing has been a hugely popular sport across the world for centuries, and this new project is based on the idea that more people would like the idea of owning a horse, even if it is a virtual version of one.

While the cost of owning a thoroughbred horse in the game is said to be 1/200th of the price in real life, each of the NFT horses on the platform will have its own unique DNA and verifiable bloodline, with genes that they pass on to their offspring through the breeding process. The complex algorithms that are used ensure that each of the horses is completely unique from the others.

Every race includes 12 horses and the three competitors that finish ahead of the rest will win the prize funds. The results are random but the more a horse competes, the more likely it is to win a race in the future. Players can also construct their own racecourse, to hold their own races whenever they want to.  Intriguingly, the idea is that the players who own part of a racetrack on the platform will also own the land in real life, forming a complex sort of metaverse that doesn’t yet exist in any other game.

Oly Sport will have an initial DEX offering (IDO) on the BSCStation site at the start of November 2021. The price is set to $0.06 for each token, with an exchange listing and mobile app launch expected in 2022.

The rise in popularity of online games

It is no surprise that we are seeing more online games like this launched, as the popularity of playing online has rocketed in the last few years, both in Canada and in the rest of the world. Around two-thirds of Canadians are regular gamers, meaning that about 23 million people here play games. Indeed, 90% of young males in the country confirm that they would describe themselves as gamers.

The gaming market has diversified in recent years, with console games, mobile apps, and online puzzles forming some of the different sectors. Another area of considerable growth can be seen by looking at the top online casinos in Canada, such as Casumo, Wildz, and Bethard. The high level of competition in this industry is reflected in the way that these casinos encourage new members to join with offers such as 100% welcome bonuses and sets of free spins. They also offer the most popular online payment methods in Canada, to permit secure transactions.

The gaming market could be boosted further by blockchain gaming enterprises such as Oly Sport.  One recent example comes from Big Time Gaming, whose first game is titled Big Time and will allow players to play for free or else to buy and sell collectible NFTs on the platform. Popular games developer Ubisoft has a team in Montreal and is widely tipped to be one of the main companies to move into crypto gaming in a big way soon.

It remains to be seen whether Oly Sport is a success, but there seems little doubt that blockchain gaming will soon become a hugely popular way of playing some games online.