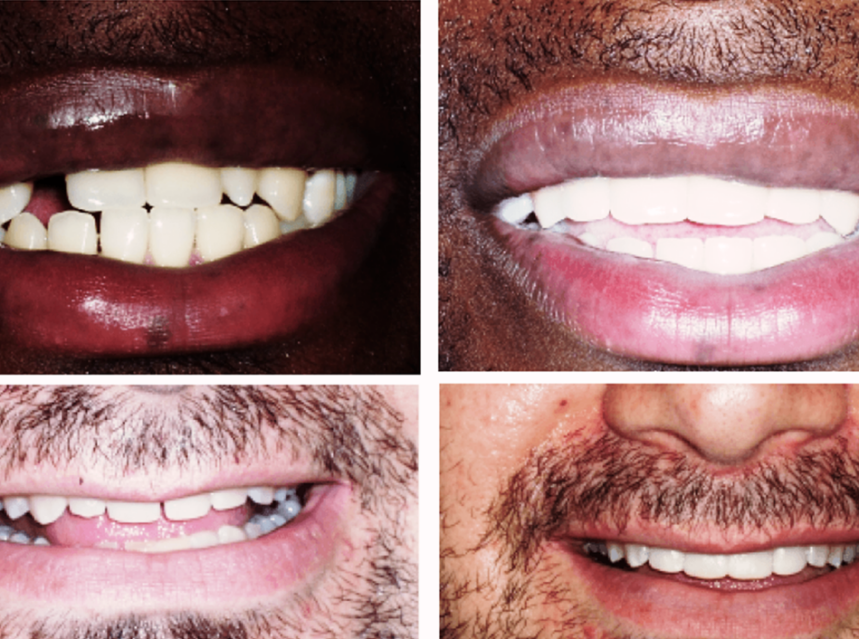 What shows the world more about yourself in the first few moments of meeting you than your smile?

If you’re unhappy with your teeth and the smile you are putting out in the world, there is something that you can do about it – cosmetic dentistry.

Bad teeth have led to 15 per cent of those asked to be depressed and three per cent even said they didn’t leave the house because of it. 10 per cent said they didn’t talk as much as they would if they had better teeth and one million people, or seven per cent, said that their love life has been affected by it. The study showed that women were more affected by it than men, with almost four in five of women with bad teeth saying that it affected their lives.

Getting cosmetic dentistry can improve your mental health, your self-esteem and your confidence, and depending on the procedure, it might also mean you would be able to enjoy your favourite foods again,

What Type Of Cosmetic Dentistry Is There?

Cosmetic dentistry is any dental work that improves the appearance of teeth, and covers everything from teeth whitening to fillings and implants.

It could be that the only thing you dislike about your teeth is the colour, could teeth whitening be the thing to lift your confidence and boost your self-esteem? It can cost around $500 to have your teeth whitened at your dentist’s office, but there are also at-home whitening kits that can cost between $3-$50.

If you would like a more permanent, “Hollywood” take on changing the colour of your teeth, you could always try veneers. This requires the top layer of enamel to be removed from the front of the teeth before a very thin layer of porcelain or resin are then bonded to the tooth. This is not cheap and can cost anything from 500-1,000$ per tooth.

If your wallet won’t stretch quite that far, dental bonding is when resin is applied directly to the tooth, it is set using ultraviolet light, and then the dentist shapes it. It can repair teeth and can take up to an hour, costing between 100-400$ per tooth.

A dental crown might be what you’re looking for if you have a cracked tooth or can cover up a severely damaged or discoloured tooth. It fits over the entire tooth and can cost between 500-900$ for every tooth.

Inlays or onlays are the modern version of fillings. They are designed to protect as much of the damaged tooth as possible and can cost between 650-1,200$ per tooth.

If your dental issues are more than just discolouration, you can also fix the straightness of teeth, close gaps or replace missing ones.

Braces can straighten teeth and move them around in the jaw, closing any gaps and making your teeth look more uniform and even.

If you have lost a tooth, dental implants are the way forward. They are screwed directly into the jaw bone and the jaw then heals around it, giving you a permanent replacement. It is not cheap though, costing between 1,250-3,000CAD.

If all hope is truly lost, you can always try dentures.

How Popular Is Cosmetic Dentistry?

The Canadian Community Health Survey in 2003 found that “63 per cent of people over the age of 15 had consulted a dentist in the precious year, up 20 per cent from the late 1970s”. Dr Ron Smith, Canadian Dental Association, told an interviewer at Canada.com that there were “various reasons for the change”, some being the ‘baby boomers’ taking more care of themselves, while others use the dentistry to improve the function of the teeth. Dr Smith said that teeth whitening was the most popular procedure, with the rates increasing by nearly 300 per cent since 1996.

Dental implants are becoming more popular too, with numbers from iData Research Inc showing that around 90,000 dental implant procedures were carried out in 2005, with a growth rate of 14.2 per cent.