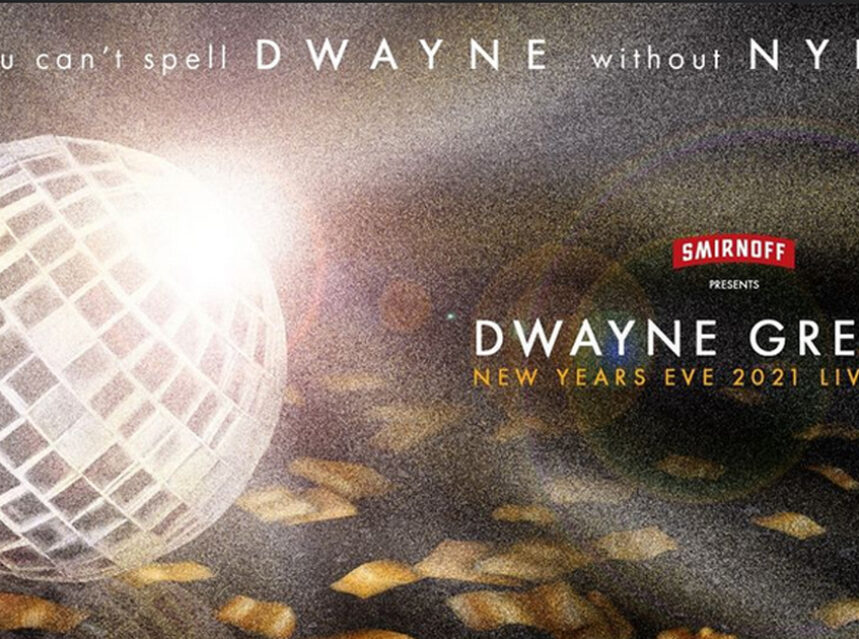 This year, one of Canada’s best New Years Eve parties will be right in your living room. Toronto’s greatest covers band DWAYNE GRETZKY will perform a free livestream from their 1100 square foot studio space located in an industrial-style loft in Toronto’s west end.

There is pretty much no song this incredibly talented band doesn’t know or perform. They have become a Toronto institution with an enormous Ontario fanbase and this year’s show will be accessible to anyone with a device to watch it on.

If you are not familiar with them, Dwayne Gretzky is a curated nostalgia trip that captures the unique joy of turning a radio dial and being surprised by the familiar. A 10+ piece juggernaut that brings to life the greatest songs of all time, this talented group of Toronto musicians ignites audiences with their charm, fidelity and theatrical flair. Celebrating classic pop and rock, from Fleetwood Mac to Fatboy Slim, Dwayne Gretzky has delivered electrifying renditions of over 600 songs.

“In a unique year, we have the opportunity to ring in 2021 with everyone from coast to coast – and beyond,” says a band spokesperson.

Tune in from wherever you are, and join Dwayne Gretzky as across the country as Canada celebrates midnight 2021 in every time zone.

The livestream broadcast will start with the calendar flipping over in Newfoundland, and continue all the way until British Columbia has their turn.

As the saying goes in Toronto, “You can’t spell Dwayne without NYE.” Set a YouTube reminder via the link in the event so you don’t miss it.

Dwayne Gretzky is also asking attendees to help choose the first song of 2021! The idea is that the first song of the new year will be a classic from a beloved artist from those provinces flipping the calendar. But for Eastern Standard Time, there are just so many to choose from! So the band is asking fans to vote on what song should be the first of 2021 in Ontario and Quebec.

Who who is it gonna be? Have a look through the options and vote at linktr.ee/dwayne_gretzky

In addition to the show, the band has released a new live album recorded at last year’s NYE show at The Danforth Music Hall.  Entitled DWAYNE GRETZKY NEW YEAR’S EVE 2020: LIVE AT DANFORTH MUSIC HALL it is available now on all digital platforms.

SMIRNOFF PRESENTS: DWAYNE GRETZKY NEW YEAR’S EVE will be broadcasting live on December 31, starting at 10:15pm EST until 3AM EST