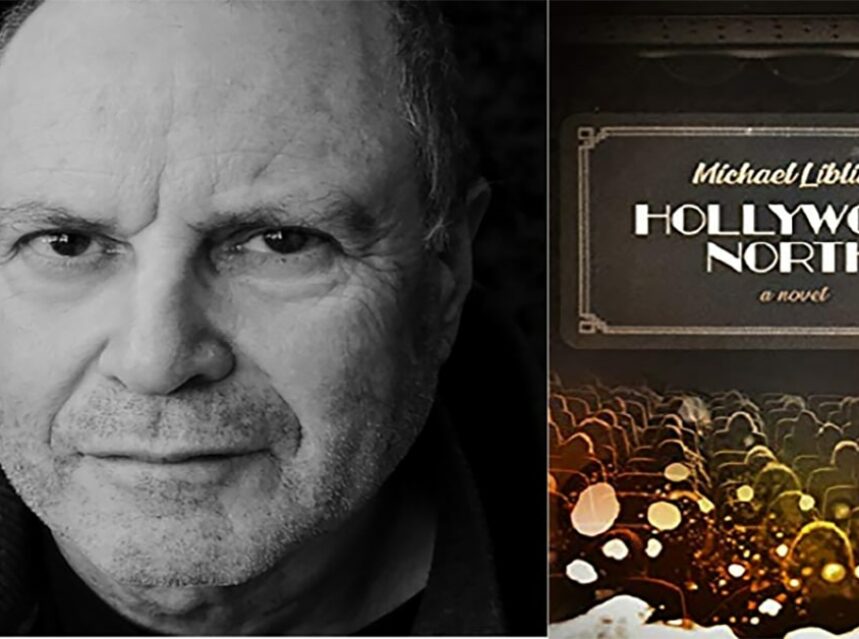 Back in the mid and late 1980s, I spent my Sunday mornings at the old CJAD studios on 1411 Fort Street, fulfilling my role as “Igor the Screaming Screener” on the station’s very popular “Trivia Show” program.

At that time, the show was helmed by its original host and creator Michael Libling (along with longtime CJAD announcer and host Dave Fisher), who when he wasn’t challenging his many listeners with well thought out trivia questions and factoids every Sunday morning between 9 and 11, was grinding out copy for an advertising firm throughout the rest of the week.

And I always remembered the conversations we had following the show (and when he drove me back to my home in Ville St. Laurent). It would be about the show, or what was going on at the station, or what he really wanted to do, which was to write fiction. After he left the show in the early 90s, Michael decided to take up the pen. He wrote countless short fiction pieces – mainly of the science fiction variety – which ended up being published in anthologies and magazines, and garnered a great deal of positive feedback.

Now, Michael has taken the next logical step in the world of fiction writing, and has published his very first full-length novel, called Hollywood North.

The book takes place in his actual hometown of Trenton, Ontario during the early 1960s, a time when television was growing up (rabbit ear antennae and all), the local high school was like a second home to its adolescent students, and the town’s main street was the place to be with your close circle of friends (especially at the malt shop and the neighborhood movie theatre). Its protagonist is Leo Berry (but he prefers to be called “Gus”), whose father tragically died when he was a child, and his attractive, yet eccentric, mother has worked her way up to success as a door-to-door saleslady for Avon cosmetics (remember the slogan “Avon calling”?). Leo/Gus likes to hang out with his small group of friends, especially Annie Barker and Jack Levin; the latter friend has built himself quite a reputation throughout Trenton as a person who somewhat is able to find objects that are unusual or have been lost for lengthy periods of time, whether they are meteorites, bottles with messages in them, or wedding rings, which earned him the moniker “Jack the Finder”.

Then one day, Jack makes a really rare find that he shares with Gus. It’s a collection of crafted title cards that were used during the silent movie era. The two are intrigued by this unearthed collection of title cards, which leads them to believe that during the 1910s and 20s, their quaint hometown of Trenton was the movie capitol of Canada, or “Hollywood North”. When they bring the cards to Mr. McGrath, the editor of the local newspaper, he abruptly dismisses its legitimacy, and offers to personally destroy the cards. Jack and Leo adamantly refuse Mr. McGrath’s offer, and make a determined effort not only to preserve these rare silent movie title cards, but to try and find out the mystery of them and demystify the dark myth of “Hollywood North”.

While reading Hollywood North, I got the impression that the narrative had a Stephen Kingquality to it, and Michael Libling does for Trenton, Ontario in this book, just like what Stephen King did for Castle Rock, Maine in many of his novels and short stories. It shows how the curiosity of youth can dig up a small town’s hidden dark secrets as a result of an act as simple as finding a long-lost object that was never meant to be unearthed. As well, the book is filled with plenty of sarcasm, cynicism, tragedy, death, loneliness, shady characters, not to mention plenty of familiar and obscure baby boomer pop culture references (which is half the fun of reading this book).

But you don’t have to be a baby boomer to enjoy Hollywood North. It’s a gripping tale that continues the tradition of the horror writer, who takes a quiet, sleepy hamlet and turns it into a place filled with secrets and terror. It makes for ideal night time reading during those chilly autumn nights, one reel at a time.

Lake of the Ozarks by Bill Geist – Book Review