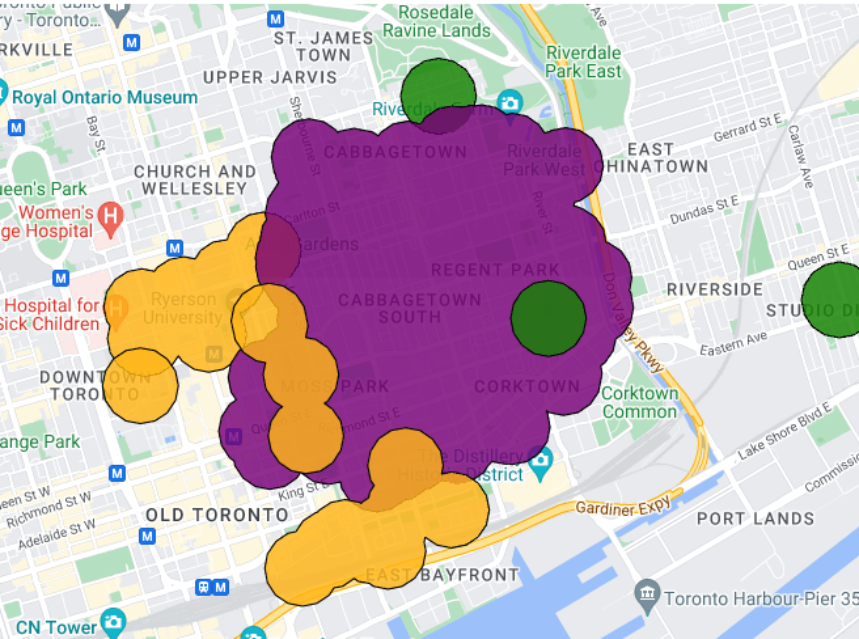 TORONTO, August 11, 2022 – A crane on a barge in the ship’s channel at Toronto’s Port Lands came into contact with a high voltage Hydro One power line resulting in a sizeable power outage between Parliament and University Avenue from College to Queen’s Quay at about 1 pm today. (according to hydro One outage map).

As a result of the downed line, the power is out across the downtown core including most of Yonge-Dundas Square, as well as at the CF Toronto Eaton Centre, the AGO, Toronto Metropolitan University, Toronto Police headquarters, condos, offices, downtown core traffic lights and more.

Hydro One says power will return to the affected areas incrementally.