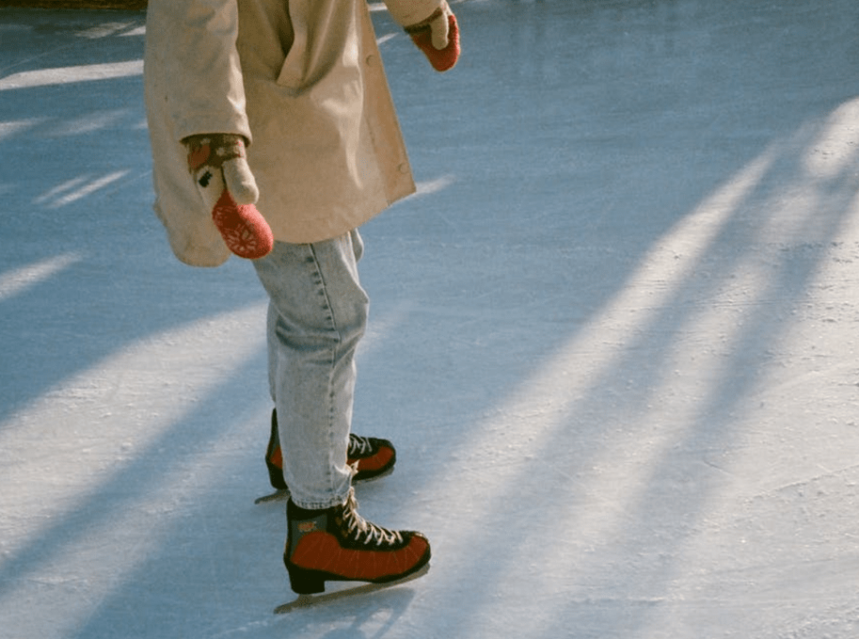 This meandering trail will measure 220 metres long and 3.5 metres wide, and utilize a glycol cooled system. It will also serve as a walking trail in the summer months.

Born and raised in Port Credit, Ward 1 Councillor Stephen Dasko had long held the vision of such a trail for Mississaugans, but finally saw some funding fall into place for it about eight months back. He made the announcement on August 11 in Port Credit’s Memorial Park.

“I’m thrilled. I wanted to have some activity in the park in the wintertime,” he says. “There’s so much going on in the summer.”

“This is meant for people of All Ages, for families.”

He notes it will supplement such traditions as Caroling In The Park, and opens up such possibilities as a hot chocolate stand, Business Improvement Association events, and Walk and Tone classes in the summer..

And while there is plenty of hockey played at the neighbouring Port Credit Arena (due east), and on the frozen over Credit River (due west), the trail is intended for pleasure skating.

And it has popular precedents at Gage Park in the Brampton downtown, and at the Figure 8 trail at Kipling and Lakeshore, in Etobicoke.

“It’s something to do in the winter time. It’s fresh air. It’s exercise, instead of sitting in front of the computer,” adds Ric Cooper, owner of the local Ric’s Recollections record shop, another driving force in the project.

The actual physical path is expected to be in place by the summer of 2023.