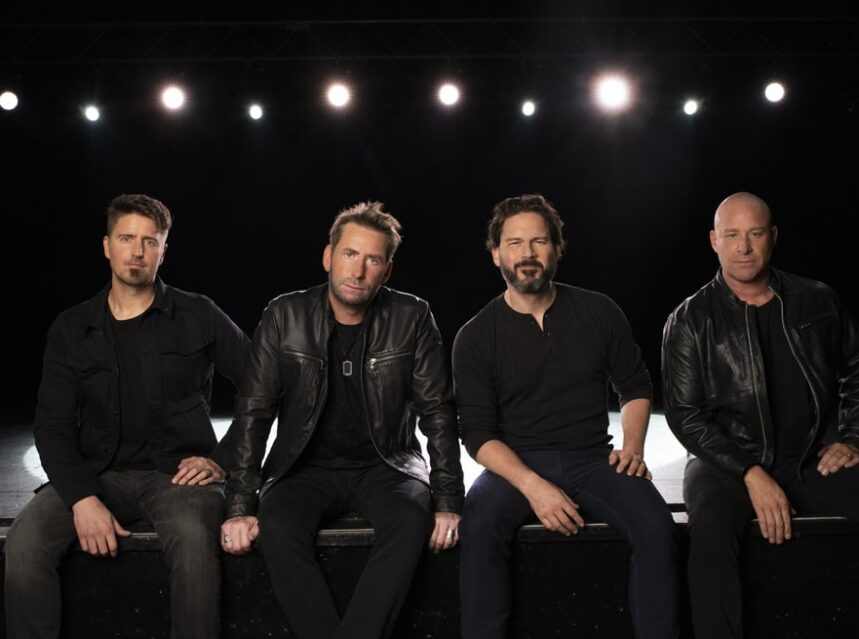 TORONTO, January 23, 2023 – Today, acclaimed Canadian rockers, Nickelback announce the upcoming 2023 Get Rollin’ Tour, in support of their most recent 10th studio album, Get Rollin’. Produced by Live Nation, the massive run will hit 38 cities this summer including a stop in Oro-Medonte on August 11 for the Boots and Hearts Music Festival, The tour is kicking off on Monday, June 12 in Quebec City, QC at Videotron Centre, with stops across North America in Montreal, Calgary, Edmonton, Vancouver, Los Angeles, Chicago, Boston, Nashville and more before wrapping up on Wednesday, August 30 in Belmont Park, NY at UBS Arena. Renowned country rocker Brantley Gilbert joins the band on all non-festival dates along with rising country artist Josh Ross.

Nickelback’s first album in five years, Get Rollin’ was released November 18, 2022, via BMG and debuted at #2 across the Current Rock, Alternative, Hard Music, and Digital Album charts. The record also landed on the ARIA Album Chart at #3 and in the Top 10 in the UK, Canada, Germany, Australia, and Austria. Additionally, Get Rollin’ debuted at #1 in Switzerland, a career first for the band. The highly acclaimed new album is a thrilling soundscape of adventure, nostalgia, and emotional exploration. With the new record, Nickelback continues their incomparable legacy as “one of rock’s biggest-ever bands,” as noted by KERRANG and furthering their legacy is set to be inducted into the Canadian Music Hall of Fame at the JUNO Awards on March 13, 2023.

About Nickelback
Named the “most successful rock band of the decade” by Billboard in 2009, Nickelback is one of the most commercially viable and important acts of the past two decades. The four-piece, comprised of Chad Kroeger, Mike Kroeger, Ryan Peake, and Daniel Adair, is globally celebrated for their career defining and award-winning hits including “How You Remind Me,” “Photograph,” “Far Away” and “Rockstar” which all held top spots on the Billboard 100. Their success includes worldwide sales of more than 50-million units, solidifying their status as one of the top-selling acts of all time and the second best-selling foreign act in the U.S., in the 2000’s decade, behind only The Beatles. Their inescapable and irresistible smash “How You Remind Me” was named Billboard’s ‘Top Rock Song of the Decade’. It was the number-one most played song on U.S. radio (any format) in the 2000’s decade according to Nielsen Soundscan, with over 1.2 million spins.

Amongst all of these accolades, they’ve also been named Billboard’s “Top Rock Group of the Decade” and received nine Grammy Award nominations, three American Music Awards, a World Music Award, a People’s Choice Award, twelve JUNO Awards, seven MuchMusic Video Awards, and have been inducted into Canada’s Walk of Fame (2007). With more than 23 chart-topping singles and fans spanning the globe, Nickelback boasts twelve consecutive sold-out world tours, playing to well over 10-million diehard and adoring fans. In March 2023 Nickelback will be inducted into the Canadian Music Hall of Fame at the JUNO Awards.