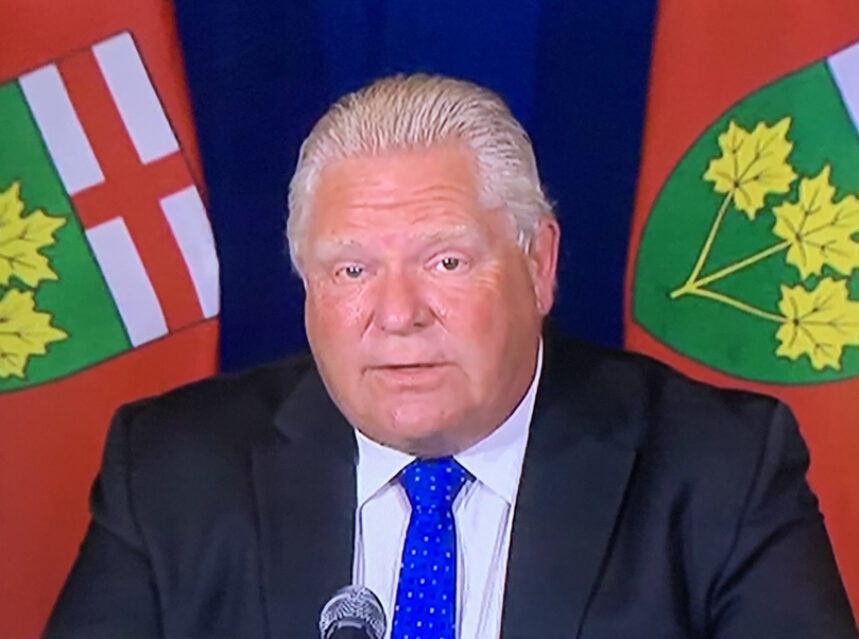 Ontario is doing this through proposed changes to the Municipal Act, the City of Toronto Act and other Acts to support its municipal partners, who play a crucial role in determining local policy and processes that impact housing supply.

Toronto Mayor John Tory, who is determined to get more housing built in Toronto, released a statement yesterday saying he supports the proposal, and he will review the act as quickly as possible, whereas Ottawa Mayor Jim Watson (who is not up for re-election) does not.

“I don’t quite understand how giving me more powers is going to help build more houses,” said Watson.

While Toronto’s Mayor John Tory said: “As Mayor my priorities for Toronto are clear, I am absolutely determined to get more housing built – no matter what system is in place.”

“I always want to make sure city hall is working more efficiently and effectively for Toronto residents and businesses and that we make it as easy as possible to get things done and that’s what I’ll be looking for as I read the proposed legislation,” said Tory in his statement posted on Twitter.

Key municipal staff and departments help advance work on shared municipal-provincial priorities. The proposed changes would give mayors of Toronto and Ottawa the flexibility to appoint their municipality’s Chief Administrative Officer (CAO) themselves or delegate the decision, such as by asking their councils to make this decision. Mayors would also be able to hire certain department heads, excluding statutory positions such as a clerk, treasurer, integrity commissioner, chief of police, chief building official, medical officer of health and others. They would also be able to delegate this power, such as to council or the CAO. When making any changes, the mayor and municipalities would be expected to follow existing collective agreements or contracts.

Getting Committees and Boards in Place

Provincial priorities, such as building more housing, need to be achieved in partnership with municipalities. The proposed changes would empower mayors to direct items to council that could potentially advance a provincial priority. This proposal would also empower a mayor to direct staff to develop proposals to be brought forward for council consideration.

Municipal budgets help define priorities for their communities when they deliver services and prioritize projects each year. If passed, this legislation would make a mayor responsible for proposing the municipal budget for council consideration. As part of the budget process, council would be able to make changes to the mayor’s proposed budget, which the mayor could then veto. Council could override a mayoral veto with a two-thirds majority vote. The result at the end of the process would become the municipality’s budget for the year.

These proposed changes would give a mayor power to veto council’s passing of a by-law if all or part of the by-law could potentially interfere with a provincial priority. To ensure there is no abuse of power, if passed, council could override a mayoral veto of by-laws related to provincial priorities, with a two-thirds majority vote. The mayor would remain as a member of council for council decision-making with one vote.

There are times when a mayor’s seat may become vacant before a regular election. If passed, these changes would require a municipality to fill the mayor’s seat through a by-election. The existing rules for how by-elections are run would still apply. For example, a municipality is not required to fill the position if a mayor’s seat becomes vacant within 90 days before voting day in the year of a regular election. If a mayor’s seat becomes vacant after March 31 in the year of a regular municipal election, the municipality would be required to appoint a mayor, who would not have these new powers. This would not impact the flexibility that these municipalities currently have in deciding how to fill other vacant council seats – they would have the choice to appoint someone or have a by-election.

If passed, the government plans on making accompanying regulations to set out current provincial priorities. These priorities could include building 1.5 million new homes in 10 years to address the housing supply crisis, and the construction and maintenance of infrastructure, such as transit and roads, to support new and existing residential development.