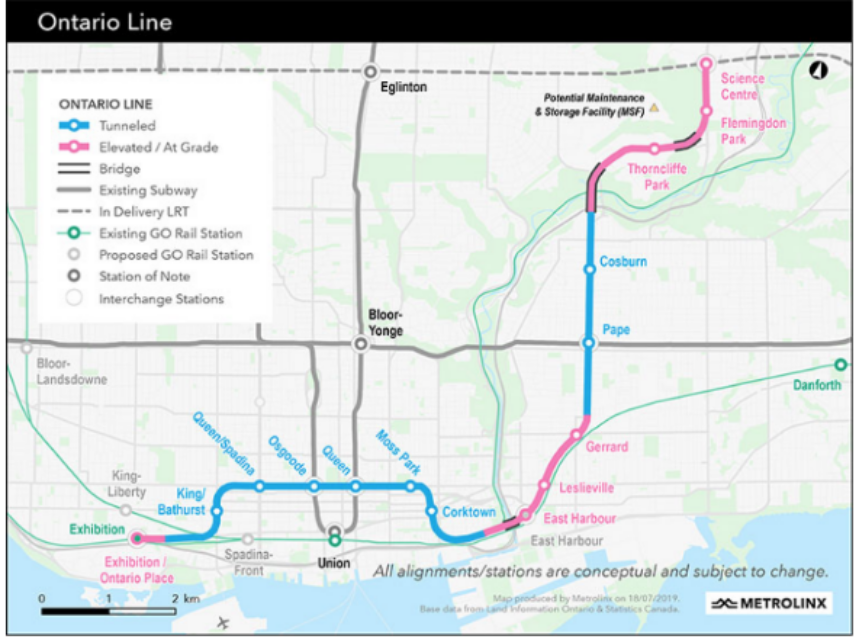 The legislation enables the province to expedite the process of building Ontario’s four priority GTA transit projects, which will get people to where they want to go, reduce congestion, and drive economic growth and job creation.

“These four priority transit projects will create thousands of jobs, provide more housing options for people, and open up countless opportunities for businesses throughout the Greater Toronto Area and beyond,” said Ford.

“During consultations and throughout debate, we heard a common theme from a wide range of people who reinforced how important it is to not only build transit quickly, but to also get it right,” said Caroline Mulroney, Minister of Transportation.

“That is why we’ve focused solely on eliminating the roadblocks that cause unnecessary delays, so we can deliver these major transit projects as quickly and cost effectively as possible,”said Mulroney.

The Act will expedite the planning, design and construction process for the four priority subway projects by:

“Now that legislation has passed, we continue to call on the federal government to come to the table and fund at least 40 per cent of these nationally-significant subway projects that will provide a modern, efficient rapid transit system, benefiting all transit riders and taxpayers,” said Kinga Surma, Associate Minister of Transportation (GTA). “With the passage of this bill, we can get shovels in the ground sooner and get skilled people back to work as we restart the economy and recover from COVID-19.”

“The passage of this legislation gets us closer to building much-needed transit infrastructure to reduce congestion and contribute to the economic recovery and renewal of our province,” said Laurie Scott, Minister of Infrastructure. “We are committed to fulfilling our promise to get people where they want to go when they want to get there.”

Working together with its municipal and federal partners on priority transit projects, the government is building a world-class rapid transit system and developing transit-oriented communities with a greater variety of affordable housing options.

About the new subway projects