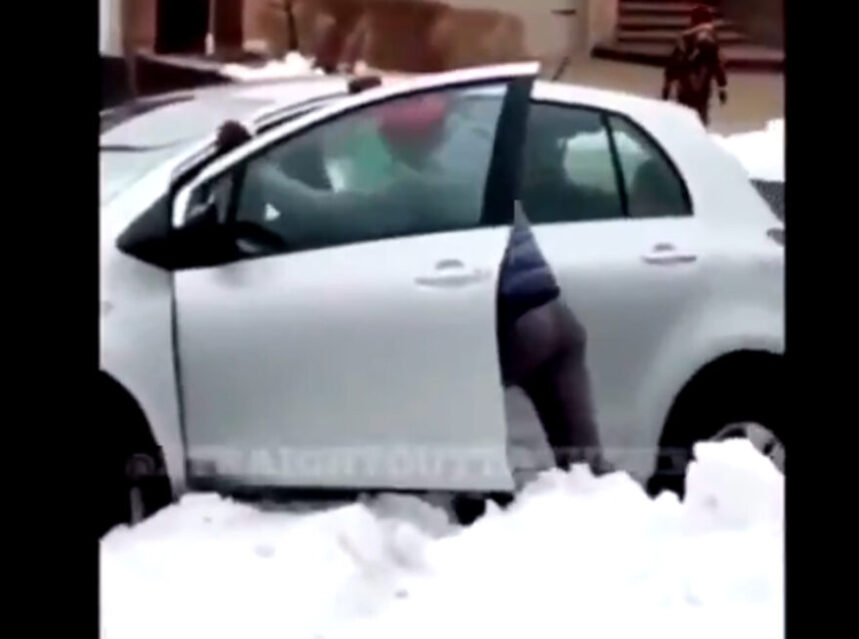 MISSISSAUGA. ON., Dec. 5, 2020 — A Brampton man has been charged with one count of theft under $5,000 and one count of fraud under $5,000, today after his getaway attempt in Mississauga this afternoon was foiled when his car became stuck in snow on a homeowner’s boulevard in the Churchill Meadows area.

A viral video initially posted to Reddit.com captures a would-be porch pirate attempting to remove a package in the Churchill Meadows area (northwest Mississauga) when the homeowner springs the door open and begins to yell and capture the attempt on his smartphone.

“Yeah it’s done. You’re done,” said the homeowner as the perp sprints frantically back to his car. The homeowner tells another person to call the police and continues to film the porch pirate as he attempts to flee in his Toyota Yaris.

The 33-year-old Brampton man proceeds to back his car into a snow pile on the boulevard where his getaway vehicle becomes stuck just spinning its wheels. He then gets back out of his car, and frantically tries to push it, before getting back inside again and revving the engine with the wheels just spinning. He jumps back out and attempts to create some traction to no avail.

The Mississauga homeowner who is still filming, then offers advice, suggesting the car is only front wheel drive while the porch pirate is looking at his back wheels. “It’s front wheel drive… you need to get the wheels on the ground,” he says.

Porch thieving has been escalating in the GTA leading up to Christmas and it seems in the New Year it’s continuing to be a going concern for residents.