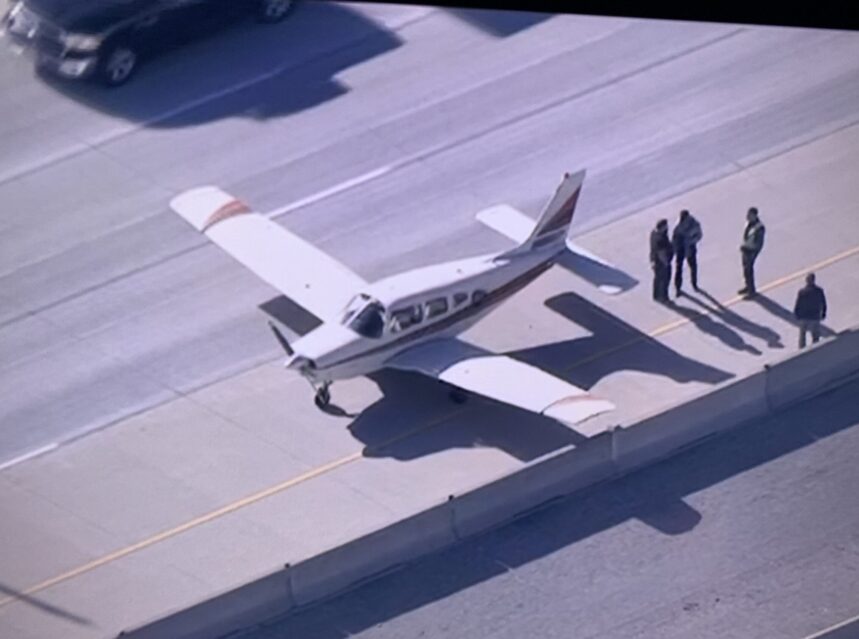 TORONTO, ON, October 27, 2021 – A small plane just landed on Highway 407 east this morning just past the Woodbine exit in Toronto. Miraculously there were no injuries and there was no damage to the aircraft. OPP police Sergeant Kerry Schmidt says the two pilots’ hearts were racing after taking off from Buttonville airport in their 1970s Piper Cherokee Warrior originating at the Grimsby flight school, then suddenly losing power at 1,000 feet.

Sergeant Kerry Schmidt told reporters the plane took off from Buttonville on its maiden voyage following its annual check up, and levelled off at 1,000 feet before switching tanks from left to right- a routine procedure to keep wings balanced said Schmidt – when they noticed a sudden drop in the fuel reading and there was a power interruption.

Schmidt said the two experienced pilots, one an instructor and one a passenger, brought the plane down “expertly” on the highway with light traffic after losing power and concluding that they were unable to return to the airport. Schmidt said they made a “textbook landing executed to perfection” finding a suitable location free of power lines, residences and pedestrians.

Not only were they able to land the plane flawlessly but they were also able to leave a lane open on the right for traffic to continue to pass by.

Schmidt said float trucks will tow the rental aircraft back to Buttonville airport after its maiden voyage following a clean bill of health assessment.

All aerials and photos are screen captured from CP24