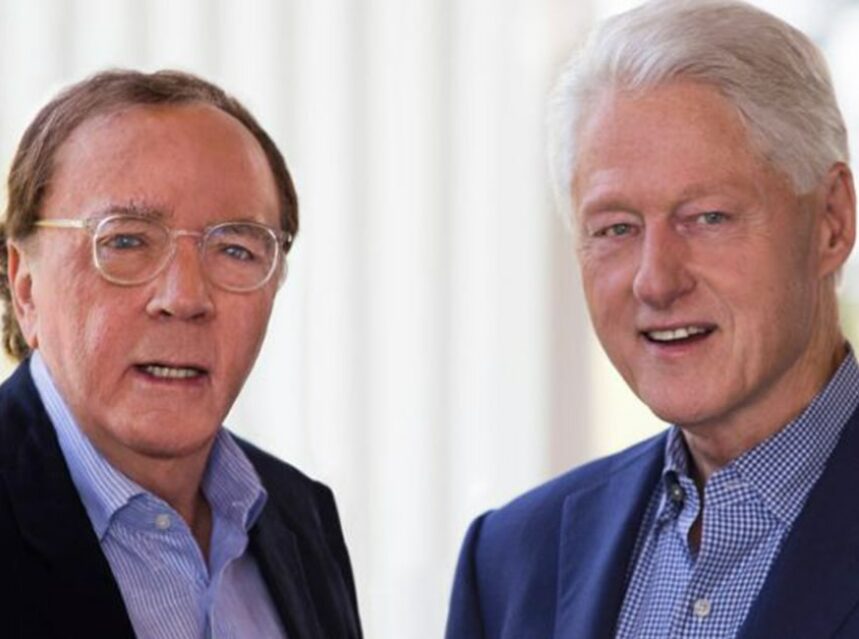 The President is Missing – When a head of state leaves office after serving their respective nation for a number of years, one of the first activities they usually undertake is writing; writing books, that is.

This is certainly true when it comes to former U.S. Presidents. It usually comes in the form of a memoir. Grant, Truman, Eisenhower, Johnson, Nixon, Ford, Carter, Reagan and George W. Bush have penned presidential memoirs. Nixon supplemented that with a bunch of political and biographical tomes. However, no former American president has ever attempted to pen a work of fiction (in fact, the closest to that was former Vice President Spiro T. Agnew, who about 40 years ago wrote a best selling political thriller called The Canfield Decision).

That is, until Bill Clinton, the 42nd President of the United States, came into the picture.

This past June, Clinton, along with mega best selling novelist James Patterson, joined forces to produce a political thriller called The President Is Missing. The novel was an immediate success. It was a #1 New York Times best seller for several weeks, and just last week, the CBS News Sunday Morning program proclaimed it as the top selling book of the summer of 2018.

Probably the biggest book that Patterson has written (128 chapters, 513 pages in length), The President Is Missing focuses on Jonathan (John) Lincoln Duncan, the current Commander-in-Chief who has been a fighter practically all his life in public. An Iraqi War veteran who endured harsh circumstances as a POW, fighting a blood disorder, and coping with the death of his wife from cancer, Duncan is now facing the fight of his political life, as he is about to testify in front of a House Select Committee that is chaired by the dangerously ambitious Speaker of the House Lester Rhodes, who not only wants to connect him to international terrorist Suliman Cindoruk, but also wants to have him impeached from the Oval Office.

In order to combat Cindoruk and his nefarious terrorist plans against America, Duncan decides to have himself go “missing”. Disguising himself and stealing himself away to an undisclosed location somewhere in Maryland, Duncan enlists the aid of two allies – the Chancellor of Germany and the Prime Minister of Israel – as well as a defecting terrorist and several trusted members of his staff, to try and stop a computer virus called “Dark Ages” that Cindoruk plans to unleash upon the U.S. that could have catastrophic results for the country and its people. And while this small group of individuals are desperately trying to locate and stop this virus from being unleashed, a master female assassin named “Bach” lies in waiting to gun down the president.

For Clinton’s fictional literary debut, The President Is Missing is a pretty decent start. Although it’s a little slow at the beginning, the pace picks up as President Duncan and his small staff undergo this race against time to disable the virus, not to mention to try and discover which member of his cabinet has committed a major act of treason. As well, the reader can easily detect which parts of the book have been written by Clinton, which parts have been written by Patterson, and which parts the duo have put their heads together to write up.

Although it may not rank up there with such classic political novels like Advise and Consent and Seven Days in May, The President Is Missing still makes for a good escapist read, with plenty of intrigue, thrills, conspiracies, violence and the customary plot twists at the end. With the tremendous success of this book, maybe the team of Bill Clinton and James Patterson should continue to explore the corridors of power in Washington, D.C. with their hero President John Duncan, now that he is no longer “missing”.

The President is Missing