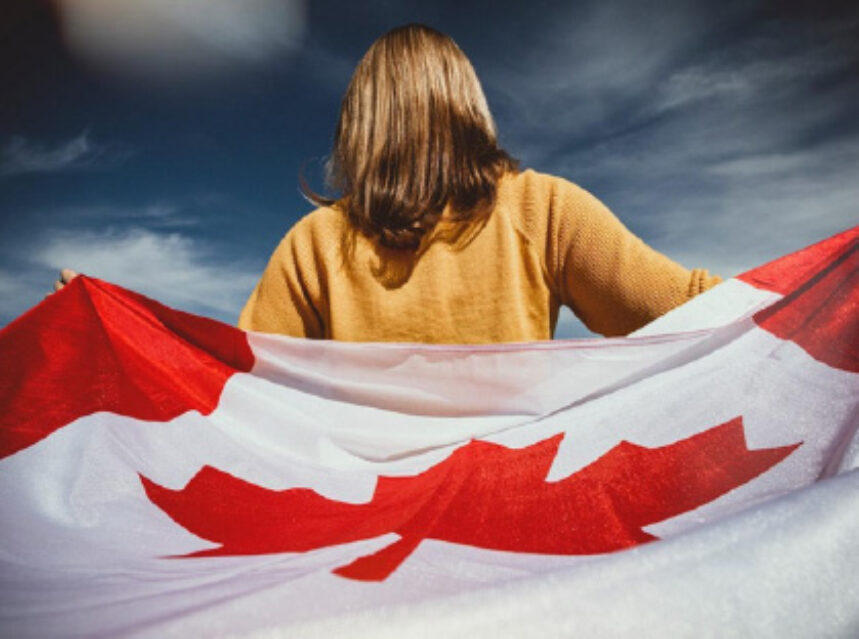 Canadians are quite unique, and this is typified by some cultural quirks. For instance, they are accustomed to apologizing when they accidentally bump into someone, expressing gratitude to waiters, and offering to hold doors. Canada is known for its diverse culture. From Toronto to Victoria, there’s about a beautiful diversity that defies language and skin color.

Interestingly, Canada stands out from the rest of the world in many ways, most notably in the music niche. The Land of Maple Syrup, as it is fondly called, is home to several music artists, many of whom have gone on to attain global renown. Without further ado, we present to you a list of the ten top-notch Canadian music artists.

Canadian singer Céline Marie Claudette Dion was born on March 30, 1968. Dion, whose vocals are both strong and technically proficient, has sold more albums than any other Canadian performer and more than any other French-language artist in history. She sings across various genres, including pop, rock, R&B, and gospel.

Dion has sold over 200 million records worldwide, making her one of the best-selling musicians of all time. Dion is considered one of pop music’s most influential and popular vocalists.

She has won five Grammys in total. Throughout her four-decade-long career, Dion has been called the “Priestess of Pop,” She has received two Honorary Doctorate in Music degrees, one from Berklee College of Music and one from Université Laval. She also has more adult contemporary top ten hits than any other female singer, earning her the title “Queen of Adult Contemporary” from Billboard.

Her sound and vocal technique, along with that of Whitney Houston and Mariah Carey, are credited as having influenced the vast majority of contemporary female pop singers.

Justin Drew Bieber is a Canadian musician born on March 1, 1994. Bieber is an important figure in contemporary popular music due to his ability to blend musical styles. RBMG Records signed him in 2008 when American record executive Scooter Braun spotted him; his debut seven-track EP, My World (2009), established him as a teen idol.

With his teen pop-inspired first studio album, My World 2.0 (2010), Bieber became the youngest solo male performer to debut at number one on the US Billboard 200 list in 47 years. “Baby,” the lead single from the album, is one of the most highly certified songs of all time in the United States.

Bieber has sold over 150 million records globally, making him one of the best-selling musicians of all time. The RIAA has certified three of his singles, “Baby,” “Sorry,” and “Despacito,” as Diamond. He has also been honored with a slew of awards, including two Grammys.

Rapper, singer and actor Aubrey Drake Graham was born in Ontario, Canada, on October 24, 1986. Drake, a major artiste in today’s music industry, is often credited with introducing singing and R&B influences into hip-hop.

Starring as Jimmy Brooks on the CTV adolescent drama series Degrassi: The Next Generation (2001-08) made him famous, and he used it to launch a music career with the 2006 release of his mixtape Room for Improvement. Comeback Season (2007) was the first of his mixtapes to be made available to the public.

Drake has sold over 170 million albums worldwide, making him the best-selling artist in the history of the Recording Industry Association of America (RIAA) in digital singles sales in the United States. Four Grammy Awards are among his many accolades.

Abel Makkonen Tesfaye, popularly known by his stage name The Weeknd, was born on February 16, 1990. He is a Canadian singer, songwriter, and record producer. His music delves into escape, passion, and melancholy themes, frequently drawing on his life experiences. Weeknd’s musical style perfectly encapsulates a sense of adventure and thrill favoured by fans of gaming events like blackjack online Canada, ice hockey, basketball, soccer, and other popular casino table and slot games.

One of the best-selling musicians in history, with album sales above 75 million copies. Tesfaye has set several records on streaming services and the Billboard charts. He made history by entering the chart at Nos. 1, 2, and 3 on hot R&B/hip-hop songs.

Avril Ramona Lavigne is a Canadian singer-songwriter born on September 27, 1984. At the tender age of 16, she inked a two-album deal with Arista Records.

Let Go (2002), her first studio album, is a Canadian artist’s best-selling record in the 21st century. The album gave rise to the singles “Complicated” and “Sk8er Boi,” both of which highlighted a skate-punk attitude and garnered her the moniker “Pop Punk Queen” from media outlets covering the music industry.

In addition to her singing career, Lavigne has also made her acting debut in the film Fast Food Nation and provided the voice of an animated character in the film Over the Hedge (2006). She’s been nominated for the Grammys eight times.

Artist and songwriter Carly Rae Jepsen was born in Canada on November 21, 1985. In 2007, Jepsen, who had previously studied musical theater, finished third on the fifth season of Canadian Idol. Tug of War, Jepsen’s first studio album, was released in Canada in 2008 and was influenced by folk music.

In 2012, Jepsen had her big break with the release of her single “Call Me Maybe,” which became the year’s best-selling single, selling over 18 million copies and peaking at number one in at least 19 countries.

Jepsen has been nominated for a Grammy, MTV Video Music Award, the Polaris Music Prize, and the People’s Choice Award, among others. She has also won three Juno Awards, a Billboard Music Award, and an Allan Slaight Award.

A Canadian musician and photographer, Bryan Guy Adams, OC OBC FRPS, was born on November 5, 1959. Adams has been called one of the best-selling musicians of all time, with album sales estimated between 75 and 100 million copies.

Adams has had over a dozen top-40 singles in the United States, United Kingdom, and Australia and was the most-played artist in Canada in the 2010s, with 25 top-15 songs. Adams has been nominated for 20 Juno Awards, 1 Grammy Award, 5 Golden Globe Awards, and 3 Academy Awards for his film score compositions. He has also won 1 Grammy award for best song written for a motion picture or television.

Musical artist Michael Steven Bublé OC OBC was born in Canada on September 9, 1975. He’s won four Grammys and is widely regarded as a key figure in the recent revival of interest in and respect for the classics of pop music and the Great American Songbook.

He cites Frank Sinatra, Dean Martin, Sammy Davis Jr., Tony Bennett, Nat King Cole, Bobby Darin, Elvis Presley, and Sam Cooke as some of his musical inspirations. In 2011, he released a critically acclaimed Christmas album that has remained at the top of the Australian album charts.

Bublé has received various prizes, including four Grammys and multiple Juno Awards, and has had his music played on more than 75 million albums throughout the world. He currently lives in the Vancouver region with his family.

Alessia Caracciolo, better known by her stage name, Alessia Cara, is a Canadian singer-songwriter born on July 11, 1996. She was born in Mississauga, Ontario, to Italian-Canadian parents, and she started uploading YouTube cover songs when she was just 13 years old.

She gained attention by posting acoustic renditions of popular songs online, including “Love Yourself” and “Sweater Weather,” before signing with EP Entertainment and Def Jam Recordings in 2014 and releasing her first single, “Here,” in 2015.

Cara won the 2018 Grammy for Best New Artist, one of four nominations she has earned. She has won multiple other awards since then.

Canadian singer-songwriter Shawn Peter Raul Mendes was born on August 8, 1998. In 2013, he became popular by making Vine renditions of songs.

The next year, he signed a record deal with Island Records after catching the attention of talent manager Andrew Gertler and Island Records A&R Ziggy Chareton. In the UK, “Stitches” was at the top of the charts and made the top 10 in the US and Canada.

Mendes has received several prizes, including 13 SOCANs, 10 MTV Europe Music Awards, and many more. Time magazine included Mendes in their 2018 list of the 100 most important persons.

Canada is a melting pot of many cultures, typified by her willingness to embrace immigrants from across the world. As a multilingual, culture-rich society, it’s no surprise that Canada has spawned some of the biggest global names in the music industry. With even more talents springing out of the pipeline, Canada will continue to be regarded as a major center of global musical culture.