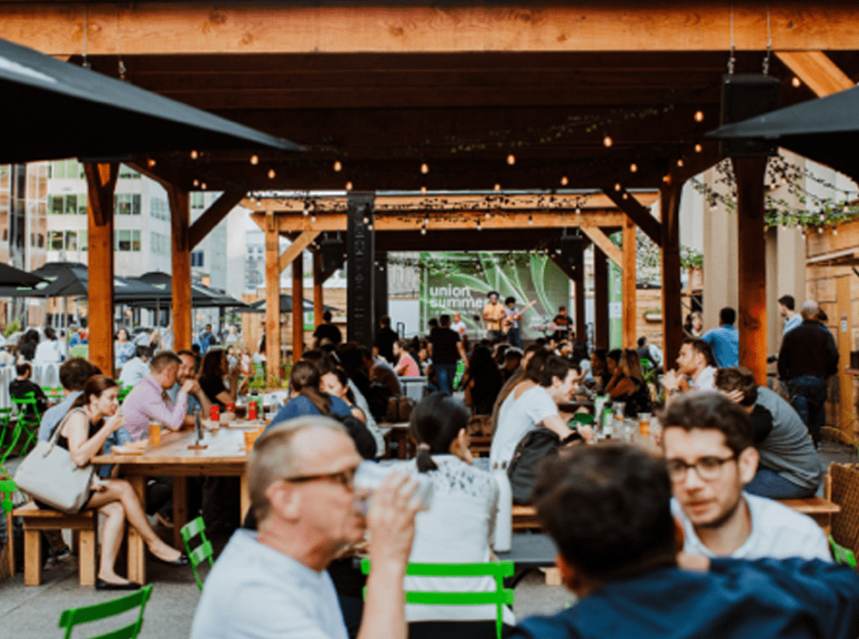 Live entertainment, curated food vendors and fun in the sun this summer at Union Station

TORONTO, June 25, 2022 – Today, Union Summer – Presented by TD returns to Union Station’s Front Street plaza, running until Sunday, August 28. After a two year hiatus due to the COVID-19 pandemic, the 63-day market is back as an outdoor patio oasis and a feast for the senses, filled with dynamic music, live performances, cuisine, films and other entertainment.

“Union Summer’s return is another signal that summer in Toronto is in full swing. Union Station continues to be one of the city’s most vibrant cultural destinations. Do not miss this opportunity to come down and experience the destination’s artists, food and culture for yourselves.”– Deputy Mayor Michael Thompson (Scarborough Centre)

Union Summer reflects Union Station’s commitment to celebrate the diversity of the city by highlighting local, international and emerging artists.

Union Summer will operate on the following schedule:

“Union Summer – Presented by TD feels more meaningful and impactful than ever. The city is ready for connection again, they want to see what the city has to offer, try local food and discover new musicians and we’re honoured to have the opportunity to facilitate that,” said Lawrence Zucker, President and CEO, Osmington.

In 2009, Osmington (Union Station) Inc., a subsidiary of Osmington Inc., entered into a 75-year lease agreement with the City to become the retail developer of Union Station. Union Station is one of Canada’s busiest transit hubs, serving more than 300,000 visitors per day pre-pandemic. Through its curation of retail and culinary tenants, cultural programming and partnership activations, Union Station strives to be one of the world’s most engaging civic experiences. More information about programming and special events is available on the Union Summer webpage, Twitter , Facebook and Instagram.