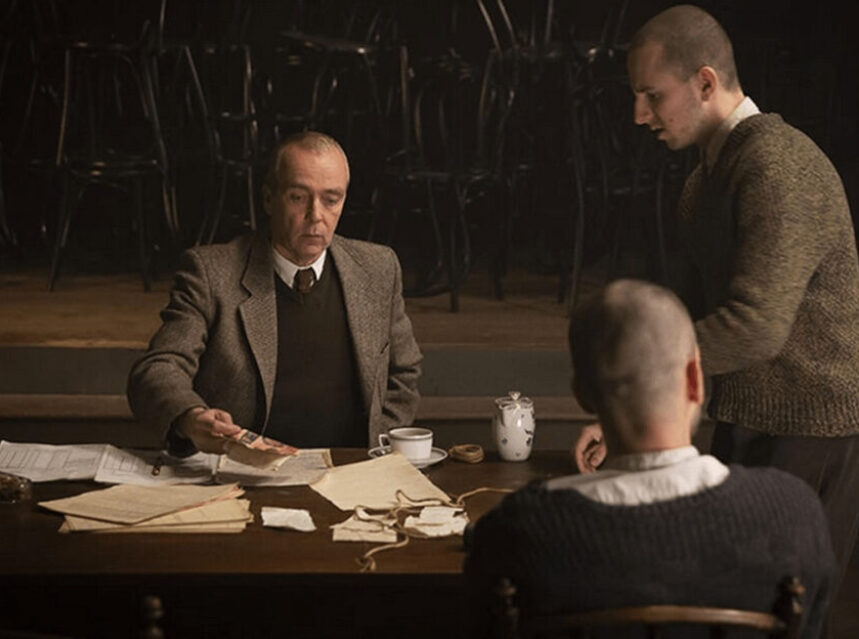 This film, directed by Peter Bebjak, was Slovakia’s proposed entry to the Oscars’ International Feature for this year. It has an alternative title—“Report from Auschwitz”—that, in my view, better reflects one very essential aspect of the plot. Although most of the story is indeed focused on the vicissitudes experienced by Freddy (Noel Czuczor) and Valér (Peter Ondrejička), from the time they escape the camp until they reach a free territory, the crucial moment would occur later.

In 1944, the Auschwitz-Birkenau camp was run by a ruthless Nazi commander (Christoph Bach). Still, the most brutal actions against the prisoners are taken by the officer in direct charge of the prisoners (Florian Panzner). The film re-creates the ambience of the camp in compelling terms, thanks to excellent cinematography by Martin Ziaran. The gloomy images of the barracks with which the prisoners’ uniforms seem to blend as part of a wretched world are very impressive and set the tone the narrative’s tone. Scenes of the escape, placing the camera at unusual angles, also provide a powerful vision of the prisoners’ ordeal.

The film, inspired by the real story of Alfred Wetzler and Rudolf Vrba, makes a point of how the escapees then had to face a new challenge. When they meet Warren (John Hannah), the British Red Cross representative, he reacted with disbelief. As recounted by the escapees, the horrors of the Nazi camps were of such magnitude that the Red Cross official at first expressed his doubts. In the end, of course, the report proved its truthfulness. Still, it took some determination on the part of the two men to convince the representative of the humanitarian organization about the crimes being committed in the camps.

The Wetzler-Vrba report is credited with saving the lives of about 120,000 Jews who were spared deportation and certain death. The movie also includes an important warning about how today, voices in a tone very similar to the Nazi discourse, are being raised worldwide. Voices of hatred that, if not stopped, could make history repeat itself. This is a film that will undoubtedly appeal to those interested in history and contemporary issues.

Alfred Wetzler, who wrote the autobiographical novel “Escape from Hell,” on which the movie is based, died in 1988, aged 69. Rudolf Vrba, who became a Canadian citizen, died in 2006 at the age of 81.

lead photo Red Cross representative Warren (John Hannah) had doubts about the report of life in camp provided by the two escapees “Escape from Auschwitz” will be released in theatres on May 7 in Slovak with English subtitles. Duration: 89 min

Escape from Auschwitz review, TOtimes Movies: ESCAPE FROM AUSCHWITZ — The fight for credibility