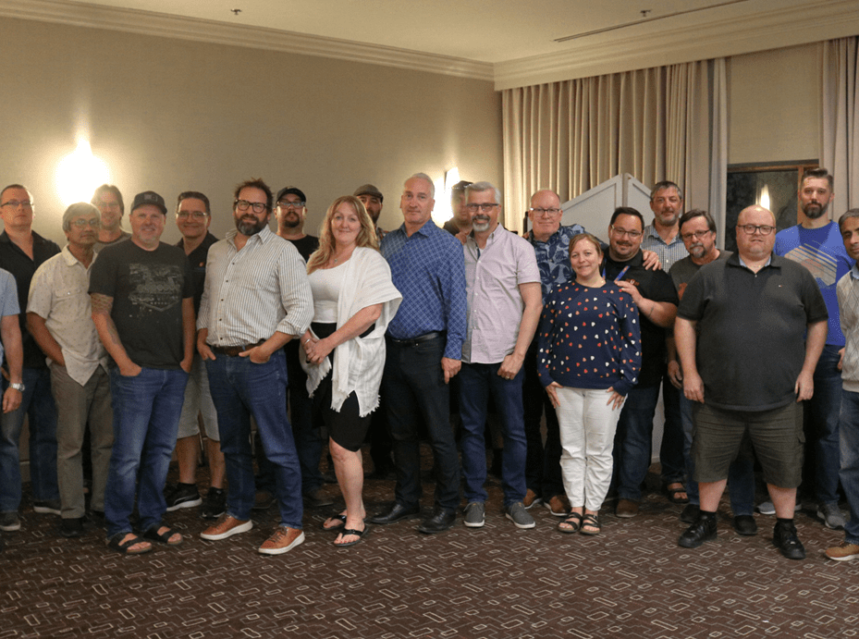 MONTREAL, July 12, 2022 – Canadian travellers who rely on the rail service will be relieved to hear that a tentative deal has been reached with VIA Rail and Unifor Council 4000 and Local 100 just hours before members were prepared to initiate job actions.

“From the beginning our bargaining committees felt the weight of their responsibility – to fight for the best deal for their members,” said Lana Payne, Unifor National Secretary-Treasurer. “They have done incredible work. They were tough and principled and they have proven that when we fight we can win for working people.”

A strike deadline for July 11, 2022 was announced last Thursday, in an effort to give the public ample notice and an opportunity to make alternative arrangements for travel. Rail services will continue, pending ratification votes.

“Fighting back against the concessions that VIA proposed wasn’t easy, but the resolve, commitment and solidarity of our VIA Rail members, helped the bargaining committees to push forward and achieve this tentative agreement,” said Scott Doherty, Lead Negotiator and Executive Assistant to the National President. “I want to thank our members and the travelling public for their patience and support, while we continued to negotiate past the strike deadline to achieve this agreement. Without them this deal would not have been possible.”

Details of the new contract will be released once a deal has been ratified by members.