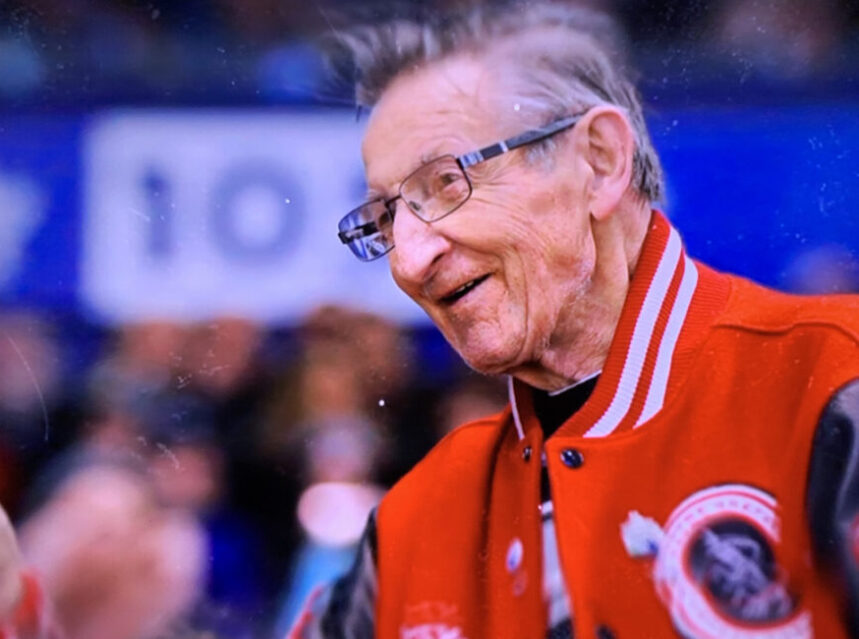 Walter Gretzky, father of NHL legend Wayne Gretzky, and very much a beloved figure of the hockey world, and his hometown of Brantford, Ontario has died at the age of 82.

NHL Hall of Famer Wayne Gretzky made the announcement Thursday night on Twitter.

“It’s with deep sadness that Janet and I share the news of the passing of my Dad,” a statement tweeted out Thursday via Wayne Gretzky’s account read. “He bravely battled Parkinson’s and other health issues these last few years, but he never let it get him down.

“For my sister and my 3 brothers, Dad was our team captain – he guided, protected and led our family every day, every step of the way.

“Everything I am is because of him. It’s as simple as that,” Wayne said back in a 1996 interview with CBC.

Walter Gretzky, coached hockey for many years and taught and inspired his talented sons spending long hours working on their backyard rink in Brantford, that Wayne called “The Wally Coliseum.” He is famous for using a lawn sprinkler to water the rink, and repeatedly visiting the hardware store in the middle of winter to replace the sprinklers.

“Go to where the puck’s going not where it’s been,” was just one of many important hockey lessons Walter handed down to Wayne and his brothers.

“Walter Gretzky cared deeply about his family and his community – his kindness was undeniable, his passion was obvious, and his impact was immense. My thoughts are with Wayne and the entire Gretzky family, and all who are mourning the loss of Canada’s hockey dad,” said the Prime Minister.

Walter Gretzky was born on Oct. 8, 1938, in Canning, Ont., northwest of Brantford. His father was Polish and his mother was Russian.

Walter married his wife Phyllis Hockin, in 1960 when she was just 18. They young couple moved to Brantford where Walter worked repairing telephone cable. They had five children. Wayne was their first born in 1961, followed by Kim, Keith, Glen and Brent. Keith and Brent also played professional hockey. Phyllis passed away due to lung cancer in 2005.

Walter played minor hockey in Paris, Ont., then junior B for four years with the Woodstock Warriors.

Walter was a legend in hometown Brantford where he lived his entire life and would spend hours signing autographs at the annual Walter Gretzky hockey tournaments there. In fact, he made sure that every young player in the tournament didn’t leave the Wayne Gretzky Sports Centre without his autograph. He would sign for hours.

Walter suffered a brain aneurysm in 1991, and hockey helped his recovery as he spent a lot of time at the local rink working with minor hockey kids in Brantford. Walter also bravely battled Parkinson’s.

To many Canadians Walter Gretzky was the “ultimate hockey dad” and the sweetest man.