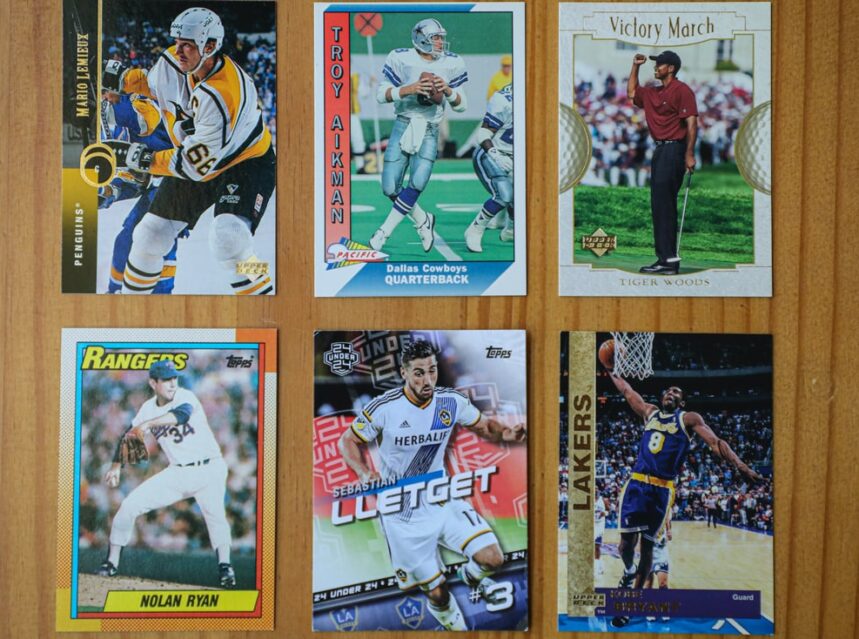 Card collection is a hobby for some and an occupation for others. Given the monetary value that most trading cards hold, collectors are constantly in the market for new or rare cards to increase their investment portfolio. For instance, baseball cards from the ’80s and ’90s, such as the Derek Jeter 1993 Upper Deck Gold Hologram (PSA 10) and the Frank Thomas Topps RC (PSA A) collections are worth $26,977 and $20,949, respectively.

If that isn’t shocking enough, the Wayne Gretzky 1979 O-Pee-Chee hockey card sits at a staggering $1.29 million! Many modern trading cards aren’t valued enough to make any hobbyist or enthusiast wealthy, and they’re not worth much when the players retire. Yet, they have significant earning potential, especially in the hands of a professional collector.

One way to retain or even increase a card’s value over time is to grade it. Often, these cards are rated higher than their standard raw counterparts. But does that mean all graded cards are worthwhile? The answer is no. So, let’s find out how card grading works in Canada and when it’s worth implementing.

What is Card Grading?

It is the process of assessing the condition and authenticity of a collector’s card and giving it a numeric score. The 10-point score is used to determine the card’s value, with higher grades corresponding to a better condition.

However, grading isn’t done in a vacuum meaning the rarity and type of card are taken into account. Once the card is graded, it’s sealed in a tamper-proof holder with a catalogue number.

How Does Card Grading Work in Canada?

Several card grading companies exist in Canada, but the top three are as follows:

While these companies have similar grading scales, their standards of what is considered a collectible differs. BGS exclusively grade vintage cards from 1980 and older, as opposed to SGC and PSA, which grade any card regardless of age.

These supplies protect the cardboard treasures from wearing out. As the name implies, they are dirt cheap. Alternatively, pro-matte sleeves provide superior protection.

A top loader, often referred to as a holder, serves as the outer protective shell (made from plastic) to keep the card and sleeve secure and safe from the elements.

A quality packing tape is important for a few reasons. It helps to seal the top loader and keep it shut, it prevents the cards from shifting around in the holder, and it makes it much harder for the holder to be opened without leaving visible evidence.

Bubble wrap is a must for added protection. It cushions the card and guards against dents and scratches.

As earlier mentioned, grading companies use a scale point of 1 – 10, where 1 means POOR and 10 means PRISTINE. First, they inspect the card for any surface damage, like scuffs, creases, scratches, and grime. Cards with these types of damage will automatically be given a low grade. The trading card is then graded according to the following criteria:

The company assigns each parameter a rating scale from 1 to 10. Considering the level of scrutiny that goes into grading trading cards, most of them don’t get a PSA 10 rating. Cards with this score are considered to be the highest quality. This means that they are in perfect condition and therefore, are worth a lot more than cards that are graded lower.

In fact, collectors are willing to pay hundreds or even thousands of dollars for them. While BGS and SGC include a .5 rating in-between each level, PSG doesn’t. For this reason, card collectors prefer them in certain scenarios.

Are All Trading Cards Worth Grading?

While all cards can be graded, not all of them are worth the money. The resale value of a trading card after grading depends on the card, itself. Extremely rare cards have the best chance of making a sizeable profit both in their raw form and subsequently. Belonging to this category are rookie cards.

When compared to other collector’s cards, rookie cards are more difficult to find in their mint condition, given the time they were issued and the effect of wear and tear over time. As the name implies, they are cards of players who debuted in the big leagues in the year they were released, typically in their first or second year.

These sports cards don’t come cheap. However, they offer higher resale value in the future, especially after grading them. Other non-sport trading cards a collector may have include:

Game cards also have different values, depending on the game. Collecting cards for more popular games, such as Pokémon or Yu-Gi-Oh! is more lucrative than collecting for less popular games. As a general rule of thumb, don’t collect cards that are mass-produced, as that reduces their rarity and thus, resale value.

How Much Does It Cost to Grade Trading Cards?

Back to an earlier discussion. The cost of grading a trading card depends on the company, the card’s value, and the collector’s membership status. In principle, the payment ranges from $30 to $300. For cards that have a maximum declared value of over $20,000, the minimum amount starts at $1,000 and increases to $10,000. Each grading company has its payment scale for more accurate pricing.

Grading collector’s cards in Canada or anywhere else isn’t cheap. That’s why it’s best to only do so for cards that show considerable resale potential. Rare cards may be out of reach, but there are plenty of others waiting to be collected, graded, and sold.