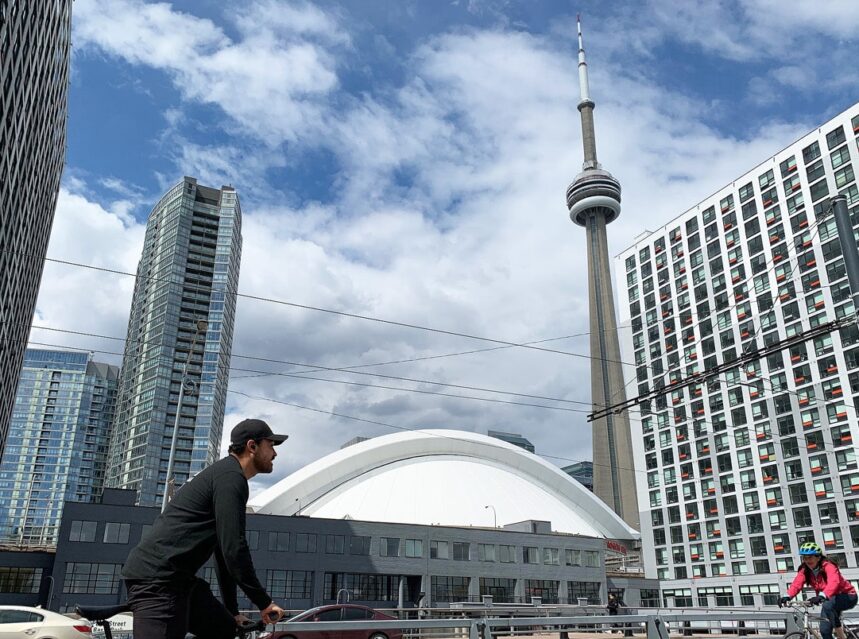 Football fans in Toronto and across Canada have been wondering if and when the NFL would expand into Canadian territory. Toronto is the prime choice, as the largest city in the country and with a large media market. Why is Toronto still without an NFL team?

Here are some of the attempts and early inclusions of Toronto in leagues south of the border. We will also examine the factors favouring and fighting against a potential NFL team in Toronto.

Toronto is a Major Sports City

People in Toronto love sports. This is clear from the success of their major sports teams. The city has several arenas that fill up with fans all season. Whether your favourite team is the Toronto Blue Jays of Major League Baseball, the Raptors of the NBA, Toronto FC in MLS, CFL’s Argos or you are more into NHL’s Toronto Maple Leafs, there are plenty of ways to show your love.

With the recent legalization of single-game sports betting, more and more fans in Toronto are wagering on their local teams. Before signing up at a sportsbook, make sure to check out a guide to the best betting sites online. There you will learn about the safest online sportsbooks, which ones have the best welcome bonuses, and the largest betting markets. These experts have done the heavy lifting for you.

The CFL’s Toronto Argonauts and Buffalo Bills already draw from a great deal of football fans in the Toronto area, so we know that there is an appetite for the sport. As a major sports city, it can be confusing as to why this expansion has not yet happened. One thing is for sure: the rivalries that would spring up would be epic and attract whole new leagues of fans.

Previous Attempts to Expand to Toronto

Toronto actually has quite a storied past with the National Football League. Many games have been played in local stadiums as a way to test or drum up support for a potential expansion. These have been increasing in recent years, perhaps as a sign of things to come.

The Miami Dolphins, New York Jets, Chicago Bears, Washington Redskins, Seattle Seahawks, Buffalo Bills, Green Bay Packers, and more have all played professional football games in Toronto. These games are have been held at Rogers Centre, Skydome, and Exhibition Stadium. They usually attract more than 50,000 fans to come and watch, even during preseason matches.

Other times, people in Toronto have made bids for current NFL franchises. For example, in 2006, Godfrey and Tanenbaum were considering buying the Buffalo Bills. A few years later, rock musician Jon Bon Jovi tried to get in on the deal. The Bills have been the most frequent target, but they do not appear to have too much interest in relocating across the border, for now.

Why It Has Not Happened Yet

With so much tilting towards an NFL expansion into the Great White North, it can seem surprising that it has not yet happened. There would definitely be a huge fan base and media market for a National Football League team there, and it would bring a lot of money to the city and to arenas that are looking for new activities while they sit empty.

One potential problem is the different values between the US and the Canadian dollar. While at times, they have been more or less on par, there have been plenty of periods when the Canadian dollar has been worth less than the US dollar. The big price tag associated with buying a franchise and paying star athletes would have to deal with this price differential, making a roadblock. Although, the Jays and Raptors have the same complication. This is not impossible to overcome, but certainly must be considered.

Plus, a few teams have some sort of claim over Toronto. The Buffalo Bills of upstate New York have a significant fan base in Southern Ontario and Toronto. While they could not veto a Toronto expansion, they may be applying pressure to make sure it does not happen.

The Toronto Argonauts, a CFL team, already has Toronto as a base. This may be pushing against anyone in Toronto from purchasing an NFL team, as two other football teams already have at least some of the market on their side.

From the looks of it, it might be too early to start brainstorming mascot ideas.

Toronto NFL, When will toronto join NFL, Why no NFL team in Toronto