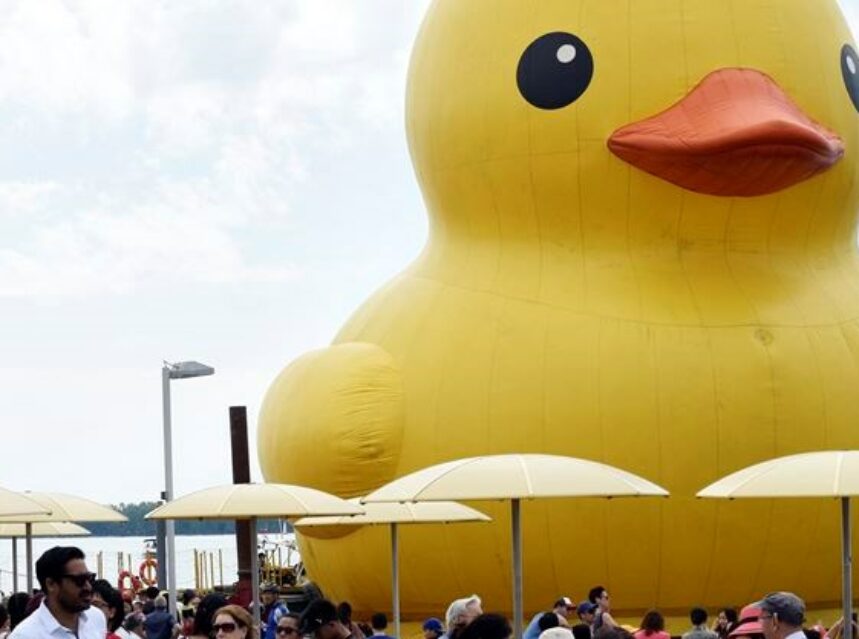 If you live in Toronto, you’ve probably heard of the giant rubber duck floating in downtown Toronto by now. The six-storey tall rubber duck, weighing over 13 tonnes, arrived in the harbour Friday morning to start the weekend of Canada Day celebrations and the Redpath Waterfront Festival.

The duck is the world’s largest and cost the province $120,000 to rent from July until August. The money spent on it has made it a subject of controversy, however it seems to have brought in a lot of people to the waterfront this weekend.

Mama duck was inflated over the course of about two and a half hours in the Port Lands. Today is the last day it will remain there before being deflated and make its way to Owen Sound, Sault Ste. Marie, Midland, Amherstburg, finishing in Brockville on Aug. 13.

For information on the Waterfront event, visit www.towaterfrontfest.com