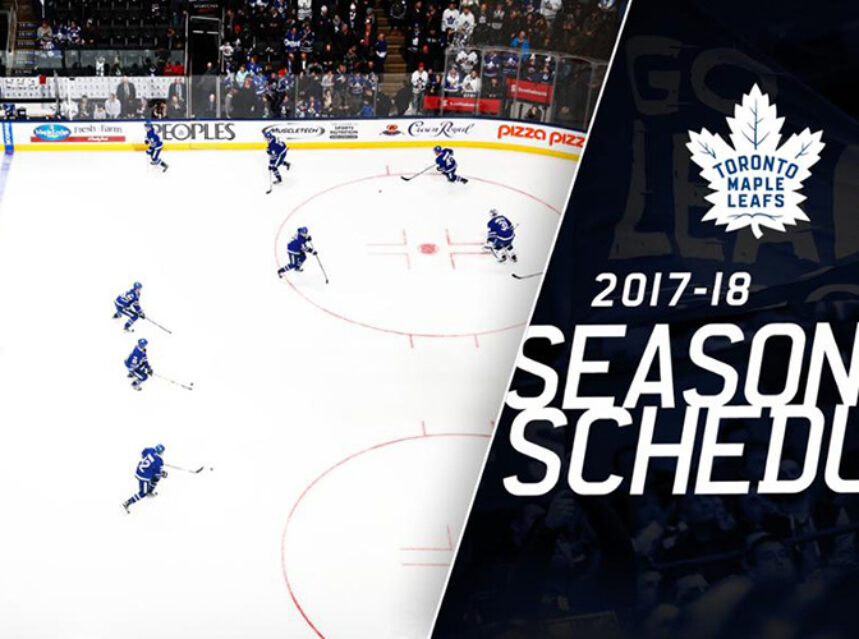 Toronto Maple leafs Schedule 2017-18 – The Toronto Maple Leafs have announced their schedule for the upcoming 2017-18 season, with this year’s campaign commencing in Winnipeg on Wednesday, October 4 before the team holds its home opener at Air Canada Centre against the New York Rangers on Saturday, October 7. Toronto wraps up their 2017-18 campaign on home ice on April 7, 2018 against the Montreal Canadiens.

The Maple Leafs will host the Carolina Hurricanes at 2 p.m. on December 19, 2017, commemorating exactly 100 years since the Toronto Arenas played the first game in franchise history on December 19, 1917, as part of the first game day in NHL history. Additional details on the club’s plans to commemorate this historic occasion will be made available at a future date.

Toronto will play the franchise’s third outdoor game when the team visits the Washington Capitals as part of the 2018 Coors Light NHL Stadium Series™ at the Navy-Marine Corps Memorial Stadium in Annapolis, Md. on March 3, 2018. The Maple Leafs have won their two previous outdoor games – the 2014 Winter Classic in Ann Arbor, Mich., and 2017 Centennial Classic in Toronto – both of which were played against the Detroit Red Wings.

The club will host the expansion Vegas Golden Knights, who play their inaugural season in 2017-18, on November 6, 2017 at Air Canada Centre before playing their first game in Las Vegas on December 31, 2017.

Click here to view the Maple Leafs 2017-18 schedule in its entirety.

The Maple Leafs’ 2017 pre-season schedule is available below.

Further details, including broadcast information, and the team’s training camp schedule will be released at a future date.