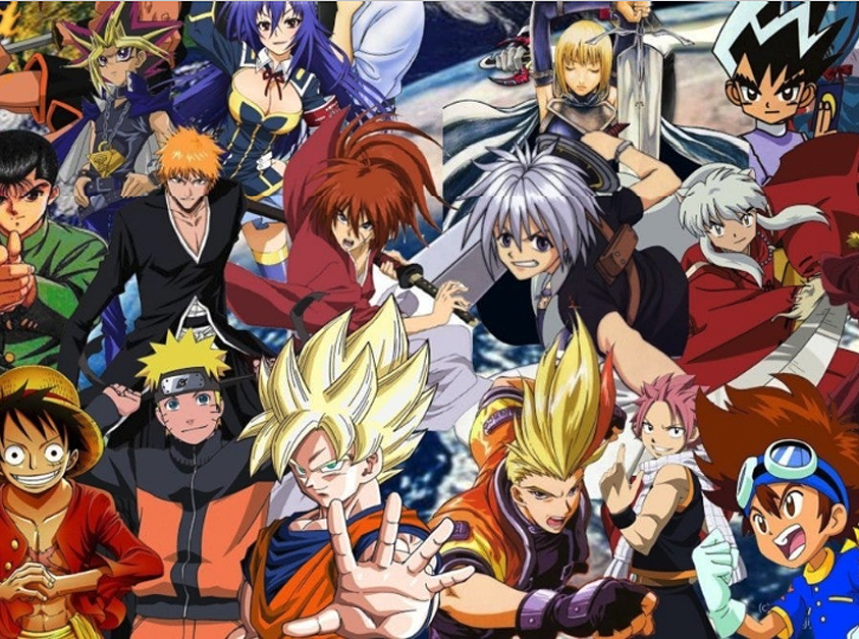 Many people love anime as it is the perfect combination of emotions, actions, thrill, mystery, drama, and passion.  If you’re moving abroad and want to enjoy your favourite anime shows, you can use a free VPN to watch Netflix Canada.

Today, we wanted to treat you to some anime picks that can change your streaming game. You may be familiar with some of them but check out the titles you miss. Though various anime shows are currently streaming on Netflix Canada, we introduce some of the most liked and interesting shows. These shows will make your streaming time more entertaining.

Attack on Titan is a dark action series, and some parts are gruesome and scary. It is one of anime lovers’ favourite anime movies and is considered one of the best shows to watch on Netflix Canada.

The story is about the elimination of humans by Titans, who are giant creatures and devour human beings for their pleasure. Only some people have survived these man-eating titans by protecting themselves in a land with high walls.

Eren and his sister Mikasa see a colossal Titan destroying the wall. Both kids are terrified as Titan eats their mother alive. Eren promises to take revenge on Titans and save all humans. You can enjoy Attack on Titan season 1 on Netflix Canada now – all you need is a VPN!

One of the best sci-fi horror anime shows with some creepy-looking creatures. A high school parent Shinichi Izumi, who lives in Tokyo, gets upset as a Parasyte invades his arms. The Parasytes are worm-like aliens taking host brains by entering through noses and ears.

Shinichi prevents Migi from reaching his brain and retaining the personality and intellect of both human beings and Parasyte. Shinichi has an intact brain, compelling him to fight against other Parasytes devouring human brains.

You can enjoy season 1 on Netflix Canada. Keep streaming!

Death Note gives him a strange ability to kill people whose name is mentioned in the notebook. The thrill in this movie keeps you watching, and it is termed one of the most liked anime series.

Light Yagami is a cynical yet intelligent boy who uses this notebook to eradicate evil from the world. International authorities hire a detective L.

Erased is another aspiring anime series. The story is about Satoru Fujinuma, a young manga artist. He can travel in the past; however, it is not his choice.

It is a dark anime-type series, yet a good choice to watch. You’ll enjoy the twists and turns in this anime.

Netflix has also made its live-action version of this anime series. If the description of this series gives you a butterfly effect, stream it on Netflix Canada.

The Promised Neverland is the story of three orphans living in an orphanage. They discover a dark truth about the orphanage and try to escape from there.

Orphans are treated well in the orphanage, and they live together as a happy family. Yet, they must obey one thing: they cannot leave the place. More explanation about the storyline will spoil the story, but it is a good watch.

It is quite dark, and mystery and horror make it a must-watch. The first season is available on Netflix Canada, while you can watch the second season in by connecting to a premium VPN service for bypassing geo-restriction.

It is a light-hearted, funny anime series full of adventure and comedy. It is about Gon Freecss, a young boy who learns that his father lives somewhere as the Top Hunter. In search of his father, he decides to leave the island and pass the Hunter Examination to become a professional Hunter. He befriends Leorio, Killua, and Kurapika.

This anime show is a wholesome series about his adventure to become a professional hunter and meet his missing father. Another catchy thing about this show is its music. It has a lot of amazing songs. It has many seasons and six seasons are available for streaming on Netflix Canada.

This anime series is about a young ninja, Naruto Uzumaki, who aims to become Hokage, i.e., the Village leader.

Naruto is the perfect mixture of action, comedy, and adventure. Enjoy streaming on Netflix Canada.

This anime series is about Violet Evergarden, who tries to cater to post-war life. She has prosthetic steel arms after losing her arms in the wars.

She starts writing letters for others and becomes an Auto Memory Doll. This anime show is very emotional, and beautiful artwork keeps you mesmerized. Artwork and romance make it a worth-watching anime series.

You can enjoy season 1 on Netflix Canada, while two films are also available to stream.

Looking for good anime series to stream on Netflix Canada? We have made a list of some of the best movies and series. If you have never watched any of these before, check out the guide to know what you are missing.

These series are not only for kids nor are they simple cartoons. You can enjoy all anime genres in these series. Watch our anime series list and enjoy!