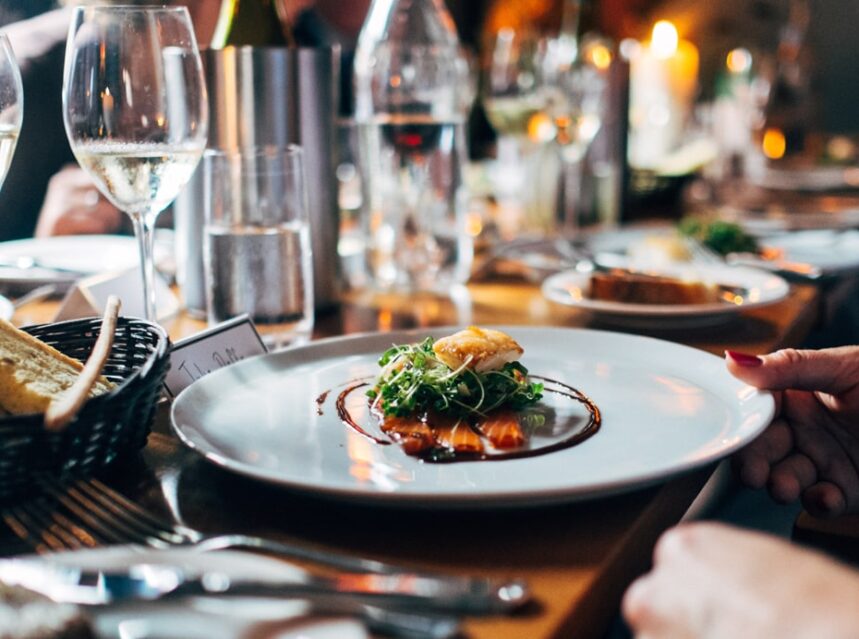 MONTREAL, Nov. 3, 2021 /CNW Telbec/ – Air Canada and presenting partner OpenTable, the world’s leading provider of online restaurant reservations and part of Booking Holdings, Inc. (NASDAQ: BKNG), just announced Canada’s Best New Restaurants 2021, and the winners include Toronto’s own Sunny’s Chinese and Pompette. This year marks a milestone for the awards, as Air Canada celebrates the 20th anniversary of launching the pre-eminent list of top restaurants across the country.

Through incredible commitment and quality, Canada’s culinary talent has preserved a healthy and thriving restaurant scene across the country. This year’s list features the best in fine dining, bar dining, takeout, farm-to-table and other categories, while also highlighting producers of the year and changemakers in the Canadian culinary landscape.

The list of Canada’s Best New Restaurants is created with the help of industry experts from across the country. This expert food panel is inclusive, reflecting the diversity and geography of the Canadian food scene. In celebration of the program’s 20th anniversary and reflecting upon the industry-wide impact of the past two years, the panel embraced an unranked, category-based list this year, focused on resilience, entrepreneurial spirit, and culinary excellence.

Toronto’s own Pompette won for Best Fine Dining. It is a described as “a modernist French Bistro offering updated classics, striking new flavour combos, modernist cocktails and a 300-plus label wine list that sparkles with Old World and New World gems. Service is always on point, and the vibe ever-relaxed.”

While Sunny’s Chinese in Toronto’s Kensington Market took Best Takeout honours. From its beginnings as an exclusive experience obtained via a mailing list, to the brick-and-mortar incarnation opening 2022, Sunny’s Chinese sums up the entire pandemic restaurant experience in one brown bag filled with meticulously rendered regional Chinese delicacies.

See below for the complete list of Canadian winners.

OpenTable joins for the first time as presenting sponsor, and will be showcasing bookable bespoke Chef’s Menus at a selection of the restaurants featured on the 2021 Canada’s Best New Restaurants list.  Gold sponsor Destination Canada is on board to help travelers experience more of the food and places within Canada.

“Air Canada is proud to celebrate the 20th anniversary of Canada’s Best New Restaurants, a program that has charted the progress of Canadian culinary talent from coast to coast,” said Andy Shibata, Vice President, Brand, Air Canada. “To mark this milestone year and in recognition of the resilience of our country’s food community, this year’s Canada’s Best New Restaurants are unranked, focusing on and honouring people, places and cultures that make up the hospitality industry in Canada.”

“Canada’s Best New Restaurants represent the vibrant culinary landscape of this country. We know how much people have missed restaurants over the past 18 months and as part of our partnership with Air Canada we are bringing a selection of unique bespoke Chef’s Menu experiences to diners at some of the most renowned and innovative restaurants in Canada,” said Matt Davis, District Director of OpenTable Canada. “We are helping diners  create meaningful moments around the table, whilst also enjoying best-in-class hospitality.”

Whether the experience is terroir cooking just south of the Arctic Circle or a 12-course meal delivered via an unmarked door in an urban parking lot, the power of restaurants to surprise, inspire, satisfy, and unite is as strong as ever. This year’s list is unranked, with each restaurant or producer being best-in-class.

Go to CanadasBestNewRestaurants.com for the full list of this year’s honorees and behind-the-scenes videos of three of this year’s top restaurants: JinBar, Bika Farm and Cuisine, and Pompette. Now also screening on the Canada’s Best New Restaurants and Food TV channels on the inflight entertainment system on most Air Canada flights.