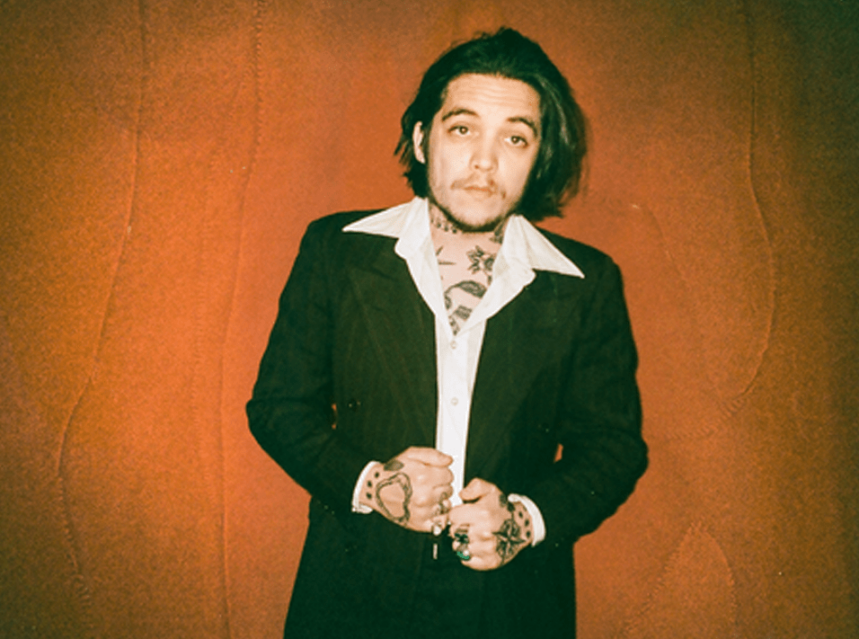 Today, ALIAS is announcing his debut album It’s Not Funny So Stop Smilin’, out via Simone Records on August 13th, along with sharing his latest single, “Kyra Collins” feat. Beyries. Soulful and psychedelic, the almost-ballad from the Montreal-based artist channels The Beatles psychedelia sound with a gentle keyboard introduction reminiscent of “I Am the Walrus” before the song descends into a warped and crashing vision, as ALIAS’ falsetto sits atop his effortless psychedelic guitar solo. The refreshing new track also features elements of reggae and big brass.

Shot in an ancestral home built in 1882 by ALIAS himself, he explains, ““Kyra Collins” refers to the character in The Sixth Sense movie, but the song is about a young girl that meets a young boy every night in his room. He begins to fall in love with her, but slowly finds out that she’s a ghost.” It follows the previously released “I Won’t Go To Heaven, And That’s Alright” and “The Wolf Man“, and is the first track to be shared from his debut album which is available for pre-order below.

After nine years of jazz studies at the Darius Milhaud Conservatory in Aix-en-Provence, he moved to Québec in 2014 and began working on movie soundtracks with Jean-Phi Goncalves at XS Music, notably contributing music to the shows Big Little Lies and Sharp Objects (both on HBO); Une autre histoire, Hubert et Fanny, Cerebrum, and Mon fils (ICI Télé); Mariloup Wolfe’s feature-length Jouliks; and numerous Cirque du Soleil projects. Since 2017, he has also worked with Musique Nomade, producing the album DREAMWEAVER by multidisciplinary Oji-Cree/Mi’kmaq artist Anachnid (nominated at ADISQ and long-listed for the Polaris Prize) and singles by Q-052, Annie Sama, Chances, and iskwē. He is the musical and stage director for Anachnid’s concerts. Another close collaborator is Beyries: as well as live performances together, he produced the song “Out Of Touch” on her recent Encounter album.

At the same time, he has maintained a variety of projects that fulfill his need to explore different genres, releasing punk, hip-hop, and ambient albums under different cryptonyms. Finally, he has arrived at ALIAS, marked by smooth, soaring, retro-tinged psych rock that he wants to take to the next level.

Beginning with introspective songs scored for only guitar and voice, he found that his efforts to retroactively instill grit could not scratch their original seriousness and polish, and so he burst them entirely out of their original forms, introducing fantastic, hallucinatory stories and multilingual diversions: Personification of dogs, dementia, the Wild West, killers, loneliness, space exploration.

Within these dark themes, anything and everything can and does happen, framed within a series of elastic, cathartic, sensitive, and soothing rock vibes. He borrows liberally from the canon, interspersing the material with ambivalence, dissonance, fuzz, and tempo changes. It’s indisputably new, while containing eerie echoes of past decades, evoking their spirit of dizzy novelty.