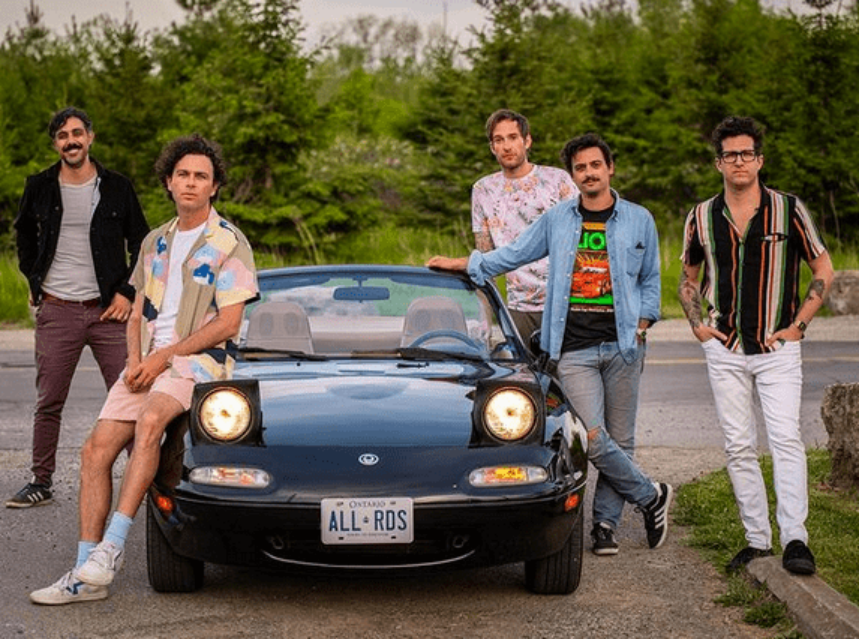 One of Canada’s hottest and most prolific bands just released a new single and it’s perfect for summer. Fresh off the heals of their previous single “You Can Get It” that has been receiving heavy rotation since its release in late March, Arkells lead singer, Max Kerman says “All Roads” is about trying to find your way back home.

“All Roads” emerges as a hopeful summer jam. “Recorded in LA in a beautiful little studio in Highland Park, that time and place feels a world away from where we are now, and this song signals that we’re finally turning a corner,” reads the press statement.

Here’s what Arkells charismatic frontman Max Kerman had to say about what surely will be one of Canada’s songs of summer:

“As we start to find our footing on a road back to some normalcy in our lives the sentiment ‘all roads lead me back to you’ is about trying to find your way back home. Home could be a person, a place, or a personal truth – the goal is to keep moving, keep learning, and you’ll find your way.” said Kerman.

Of course you can’t establish a summer driving vibe without an open-top roadster to complete the picture and that’s where the classic Miata comes into play. Watch the video here:

Arkells are also nominated for Group of the Year at the 2021 JUNO Awards. Watch live on CBC June 6th at 8pm ET / 5pm PT. They came up with a clever way to promote the JUNOs as well.

Arkells are paying tribute to the 50th anniversary of the fun card-based game UNO by hosting a trivia night on June 2nd at 8PM on @UNO on Instagram. Kerman cheekily posts on Instagram with a play on the letters U, N and O in JUNO, to visit UNO’s ig account: “For your chance to win exciting prizes with a Did J-UNO trivia show. (See what we did there?)” Kerman quips.

The band’s “Group of The Year” nomination at next week’s 2021 JUNO Awards draws from the strength of a year that saw Arkells continue to dominate at radio with two #1 singles – “Years In The Making” and “Quitting You” – while they pivoted from derailed tour plans to their home-spun, comfort laced LP “Campfire Chords,” hometown charitable efforts, and national media attention for their feel-good music lessons that entertained fans across the country.

Check out “All Roads” now available on all streaming platforms.