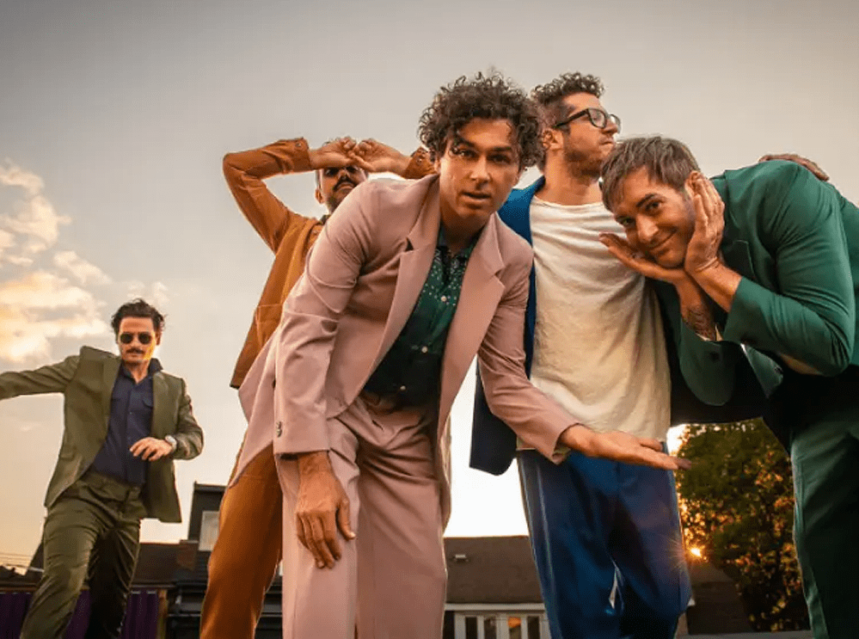 Hamilton’s, Arkells just keep churning out great tunes. As the band stayed busy making music during the last two years, they always knew they would come out of the pandemic with two distinct records – Blink Once (50M+ streams) and its companion, Blink Twice, which showcases a new collection of songs and collaborations. Blink Twice’s current single “Past Life (ft. Cold War Kids)” sits atop the alternative radio charts in Canada this week.

“We wrote most of these songs during the quiet confusion of the pandemic and always knew that they’d make more sense to us once we played them in the real world,” says frontman Max Kerman. “We are on tour right now and every new song we’ve played feels like a living, breathing thing. The album comes out the day of our London, UK show. It’s our biggest London show ever and after all of the stops and starts of the past few years there is no better city in the world to let these songs start living their own life.”

The band’s frontman, Max Kerman says Blink Twice is about going to new places and seeing the world with fresh eyes. “You can either move through life and grow stubborn, or you can grow curious,” says Kerman. “We’ve never had an album with so many guest artists along for the ride. Everyone from Cold War Kids, to Aly & AJ, Tegan and Sara, Lights, Cœur de pirate, Joel Plaskett, Jake Clemons and Wesley Schultz of The Lumineers. At our core we’ll always be a living, breathing soul band. But Blink Twice lets us be that and more.”


In case you don’t know Arkells:

Hailed by The Globe and Mail as “the right kind of band for this decade,” Arkells are widely considered one of the most passionate, exuberant and in-demand live bands working today. As radio mainstays, sports-sync shoe-ins and curious students of culture, Arkells have remained ever present – building awareness and personal community experiences around their live shows and new music at every turn. The most emblematic example of this being The Rally, Arkells’ beloved hometown concert event that’s been hailed as one of the biggest headline shows in the country, with record breaking attendance.

Arkells new album BLink Twice, Blink Twice, when do Arkells olay toronto, When do tickets go on sale for ARkells