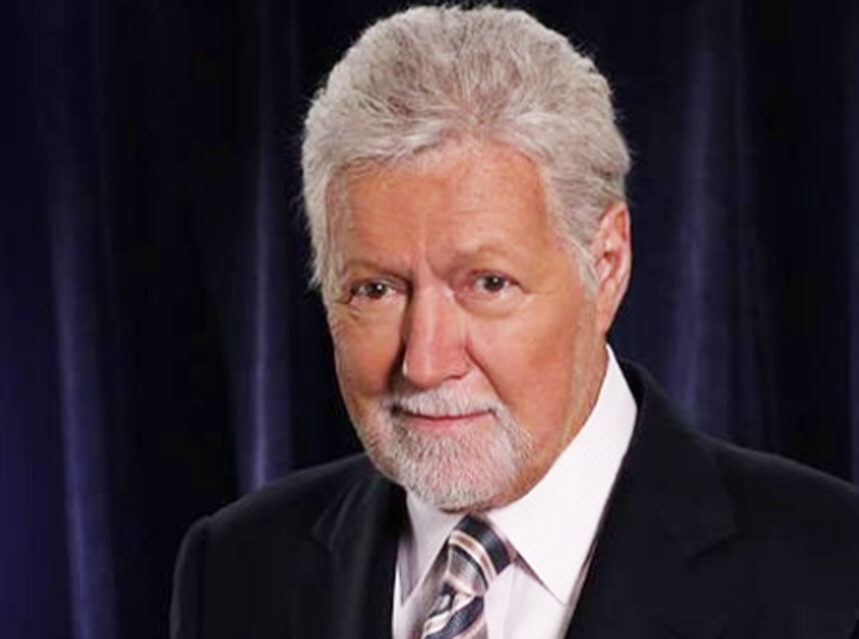 TORONTO, November 8, 2020 — Alex Trebek, the passionate host of U.S. quiz show Jeopardy! for almost four decades, has lost his battle with pancreatic cancer at the age of 80.

To millions of Canadians Alex Trebek was almost like family, entering their homes during dinner time five nights a week. The quiz show legend hosted more episodes of any single television game show than anyone else in history.

In March 2019, Alex Trebek announced that he had been diagnosed with Stage 4 pancreatic cancer, vowing to “beat the low survival rate statistics for this disease.”

Trebek said in his recently released autobiography THE ANSWER IS…, that hosting Canadian high school quiz show Reach for the Top helped to prepare him for hosting Jeopardy!

Trebek’s has been hosting Jeopardy! since Sept. 10, 1984, winning the Emmy for outstanding game show host six times. The show has won a total of 16 Emmy awards with Trebek as host.

Canada’s favourite quiz show host was also famous for including questions and references to Canada. He would also enjoy talking all things Canada when Canadian contestants were on the show.

Trebek grew up in Sudbury, Ontario before attending University of Ottawa and then moving to Toronto before becoming a U.S. citizen in 1998. He began his broadcasting career with the CBC. He was also known for his humanitarian work with World Vision.

Canada’s Prime Minister Justin Trudeau posted a heartfelt tribute statement, referring to Trebek as a Canadian icon. “We looked forward to his quick wit and wry jokes — and the questions about Canada he’d sneak into the show. Alex never hesitated to promote Canada on prime time TV, and to take the opportunity to stump even the brightest contestants with questions about Canadian culture, history, and geography,” said Trudeau.

“As the host of ‘Jeopardy!’ for almost four decades, he hosted more episodes of a single television game show than anyone else in history,” said a statement from Prime Minister Justin Trudeau, who also called Trebek an “icon” on Twitter.

Trebek also loved and played hockey. He endeared himself to hockey circles including The Toronto Maple Leafs who called Trebek “An incredible ambassador for our game and country.”

And most recently, last month Trebek created some added excitement at the NHL draft when he announced Tim Stuetzle as the first pick for the Ottawa Senators. NHL Commisioner Gary Bettman introduced Trebek as a University of Ottawa graduate.

“Alex was a true and much beloved Canadian icon, and a very special member of the Ottawa Senators family,” said Senators owner Eugene Melnyk in a statement posted to Twitter. “We will always be grateful to Alex for the special role he played in announcing the Senators’ first draft choice this year. For his legions of fans, Alex’s class and professionalism will endure as will his love for our game. Thank you, Alex, for your legacy. The Senators family and the entire Capital Region will miss you.” — Ottawa Senators

Trudeau’s statement really conveys what many Canadians are feeling today. “We will also never forget the night Alex showed up without his trademark moustache,” said Canada’s Prime Minister. “For every memorable moment on the show, millions more were made in living rooms around the world, as friends and families huddled around the TV, shouting at the screen, looking for the Daily Double.

“Alex was honoured with awards throughout his career, from Daytime Emmys and a Canadian Academy Icon Award to stars on Canada’s Walk of Fame and the Hollywood Walk of Fame. He was also named an Officer of the Order of Canada for his dedication to educational, environmental, and humanitarian causes. Alex also served as Honorary President of the Royal Canadian Geographical Society.

“On behalf of all Canadians, Sophie and I offer our deepest condolences to Alex’s family, friends, and his many, many fans,” said Trudeau.

Trebek was made an officer of the Order of Canada in 2017, along with The Tragically Hip and received a star on the Walk of Fame in both Toronto and Hollywood.

The Answer Is… You will truly be missed, Alex.