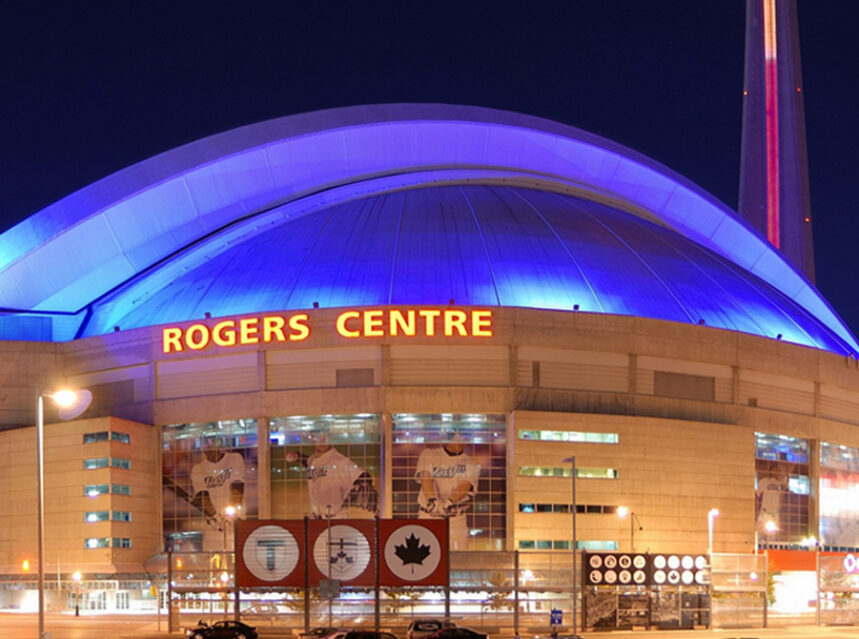 Rogers Communications is reportedly proposing that the Rogers Centre is demolished in order to make way for a new ballpark with real grass in the same location.

Sources have told the Globe and Mail that “Rogers Communications Inc. and the real estate arm of Brookfield Asset Management Inc.” want to redevelop the property, which will include a much-talked-about natural grass ballpark with a baseball focus. The idea is to include condos (of course) and office towers along with retail and some public space.

Sources tell the Globe and Mail, a new natural grass baseball-focused stadium would take up the southern end of the current property, with residential towers, office buildings, stores and public space planned for the northern portion.

There is no word on whether or not the stadium would still have a retractable roof to placate all the “fair weather” Jays fans. Sitting in the crowd and watching that roof open or close is still a marvel to experience and, whether it’s at a concert or ball game, many attendees at ‘the Dome’ look forward to a quick change in the weather to witness one of the world’s great engineering feats at work.

The Globe and Mail article also mentions that together, Rogers and Brookfield have been working with government officials at all three levels to facilitate a new stadium being built at the southern end of the current property and that the project would be privately funded by Brookfield and Rogers.

Another idea in the works according to the Globe and Mail, is to build a whole new home for the Blue Jays elsewhere by the lake if rebuilding on the original site is not achievable. One site mentioned is the12-acre Quayside originally slated to be the home of Google’s Sidewalk Labs smart-city project.

Where exactly the Jays would play during the demolition and rebuild – expected to take between five and eight years, according to the Globe – is as uncertain as if the rebuild will be going ahead any times soon.

The iconic, once skyline-defining Rogers Centre (pre-condo boom), known as the SkyDome or “the Dome” from 1989 – 1994 cost $570-million to complete and taxpayers contributed significantly to the project. Rogers purchased “the Dome” in 2004 for $25-million, and it stands as the only remaining multi-use MLB parks with artificial turf.