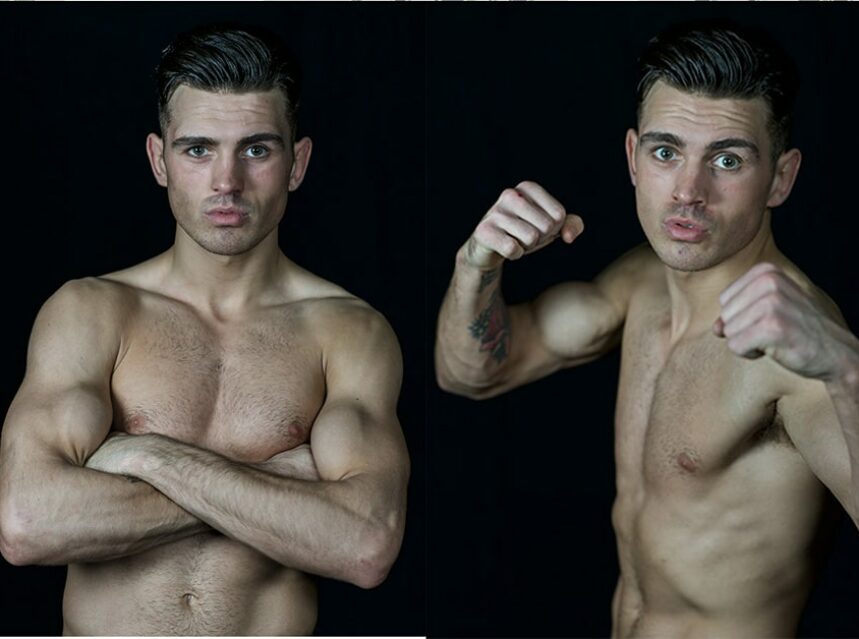 A blue-chip prospect from Limerick, Ireland boasting a perfect pro record and Matinee idol looks, Reeves, 24, is set to cement his place in the pantheon of Irish fighting greats with a showcase fight on June 29th at the Scotiabank Convention Centre in Niagara Falls.

The bright lights and increasing spotlight are a far cry from the Southwest Ireland native’s roots, having grown up in a community ridden with gang violence and drugs.

‘Stab City’—the unofficial nickname unfortunately bestowed upon his beloved hometown—made the dream of a pro career in sport impossibly distant.

“Sport—hard work, years of dedication and the slim chance of a better life—or the party lifestyle; fast money from gang activity and the drug culture. I remember seeing kids who were excellent footballers fall by the wayside—they’re sleeping on the streets, or worse.”

Reeves credits his father for pushing him in the right direction; at eleven, he laced up the gloves for the first time—although it wasn’t a case of love at first punch.

“I trained Monday, Wednesday, Friday—and I liked it enough—but not enough to keep me from hanging with friends every other day of the week.” Despite his admittedly wavering commitment to his craft, the young pugilist found himself skilled enough to enter Dublin’s Boy 3 National Championships by Thirteen. Reeves reached the finals at the National Stadium—a venue purpose built for housing The Sweet Science. After a hard-fought contest with a more seasoned, older opponent, the judge’s decision favoured the other on points 7-6. “I found myself crying in the locker room after. At that moment, I realized how much the sport meant to me…how I could hang with the best in the country…and decided to dedicate myself to pursuing it full-time.”

The next few years, spent “working angles—learning to hit and not be hit” afforded Reeves two National Championships and seven Championships via his adopted club, Munster Elite. One particular bout—a short notice fight in Waterford, billed for 64 kilos at Welterweight against an Australian opponent who weighed in at a whopping 69.1 kilos—earned him the win…and more.

“I dropped him in the second round and went on to win via Unanimous Decision. I’m in the car on the way back home and the phone rings…turns out I’d won not only the fight, but a best boxer in the tournament award. Needless to say, we turned that car around real quick.”

With his profile rapidly rising, offers to turn pro began coming his way. Firmly rooted in the community of his beloved Limerick, Reeves found himself once again wavering on the idea of a career.

“I was humming and hawing a bit, to be honest. I knew that it would take 100% commitment and dedication if I was going to take that step. Looking around my community, I realized the opportunity that so many dreamed of and weren’t able to achieve was in front of me…I owed it to Limerick to make a go of it.”

And make a go of it, he did. Signing with Toronto-based Lee Baxter Promotions—a surging entity responsible for establishing a strong Canadian presence on the international scene—Reeves has skyrocketed to an impressive 4-0 pro record.

Recalling his first experience in Toronto, the Irish import was understandably impressed. “The architecture—I swear I had pulled all the muscles in my neck that first trip. I’d never seen buildings so high! Back home, ‘tall’ is three, four stories—you can imagine the wonder a kid from Limerick has seeing these skyscrapers.”

“The city, the community, the people—they’ve been so gracious and quick to embrace me as one of their own. I fight proudly for the Irish and the Canadian people—and I’m excited to showcase my skills to the world on June 29th.”

“This kid has it all, and it was apparent from the first time I met him. The hard skills—the boxing talent—can’t be overstated, and that’s going to be the key to his success. But it’s the personality, the looks—I really feel as though Lee Reeves is the total package, a potential crossover star.”

Patrick Doherty, Toronto based creator of Irish App-Roved—a top-five Google Playstore trending app designed to aid Irish immigrants in their search for work—has nothing but praise for the young man.

“Lee has no airs about him—he’s approachable and always willing to engage. The Irish community in Toronto has embraced him, and he’s already gone out of his way to get involved and give back.”

“We register 10,000 Visas in Canada annually from the Irish—to say that there is a loyal audience here in Canada is an understatement.”

With wins at the Danforth Music Hall, Coca Cola Coliseum and the fabled Madison Square Garden, Reeves is looking to capitalize on the momentum of his flourishing pro career. With the fight broadcast on CHCH, with access to 6.5 million homes in Canada—this blue-chip prospect is sure to see his stock continue to soar.

For Lee Reeves, superstar status is one solid round away.