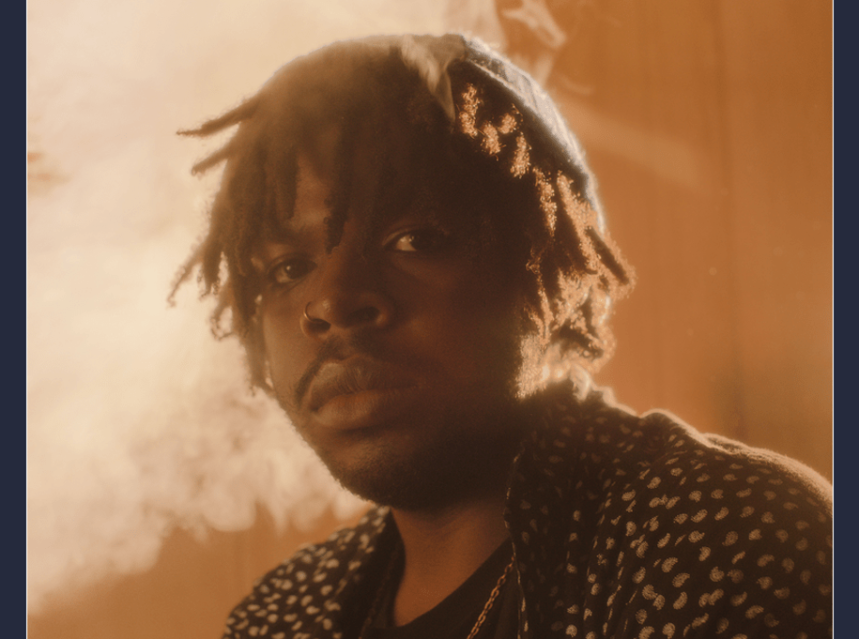 It’s possibly the darkest moment on the album, written the night George Floyd was murdered.

“I don’t think I’ve ever really felt activated or militant as much as I did the summer of 2020,” says Haywood-Smith. “It was an exhausting time but I wanted to try to do something to commentate on everything that was happening. As soon as the idea came to make a hip hop song I knew I had to get McKinley on it. The way he writes is so wild, I felt inspired to do something on that level as well,” adds Haywood-Smith.

Over percussive instrumentation and gentle strumming, Jaywood encourages: “in the end just let my people shine.”

The accompanying video (below), intertwines footage of Haywood-Smith and scenes from protests in 2020.

The narrative for Slingshot takes place in the span of one day. From the first track to the last track, JayWood takes you on a journey that touches on themes of childhood, religion, and identity. While writing and recording the album, Haywood-Smith put together a complex “script” mapping out all of the plot points, environments, characters that make up this surreal version of his real life.

Born and raised in the Canadian prairies, JayWood has captured Haywood-Smith’s journey of self-discovery and heartache through unique songwriting since 2015. After the loss of his mother in 2019 and a global standstill with multiple social crises throughout 2020, Haywood-Smith yearned for forward momentum. “The idea of looking back to go forward became a really big thing for me—hence the title, ‘Slingshot,’” Haywood-Smith explains. Feeling disconnected from his past and ancestry after the death of a parent, Haywood-Smith made a conscious effort to better understand his identity and unique Black experience living in the predominantly white province of Manitoba. Slingshot is a self-portrait of JayWood at his surface and his depths, merging fantasy scenarios, personal anecdotes, and infectious pop and dance instrumentals.

Slingshot is out on July 15th via Royal Mountain Records. You can pre-order it here.