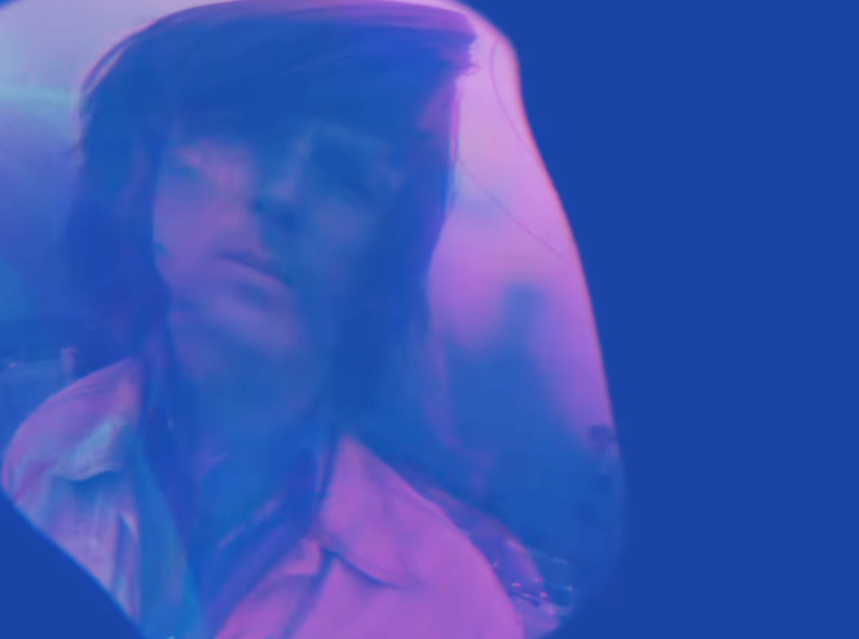 Islands‘ anticipated new LP Islomania is a little under a month from release on Royal Mountain Records, and today the band are sharing a final preview of the LP following an appearance from frontman Nick Thorburn on comedian Tim Heidecker’s Office Hours podcast (he arrives around 1:06:49). “Carpenter” is the third and final single from the indie legends’ first album back after retiring in 2016, and follows the previously released “(We Like To) Do It With The Lights On” and “Set The Fairlight,” which have earned the attention of outlets like Rolling Stone, Pitchfork, Stereogum, Consequence and more in the build up to the album’s release.

Described as a jangly, shimmering track that channels Britain’s post-punk goth rockers The Cure with its layered guitars and synth lines, “Carpenter” has a more subdued and contemplative tone than the album’s first two singles, but flashes considerable dynamic depth and some engaging instrumental flourishes, which Thorburn credits to the work of the track’s producer Patrick Ford.

“This one was an early song that I demoed at home as a little throwaway,” Thorburn explains. “Unfinished, it sat on a folder on my computer collecting digital dust until I stumbled upon it many months later. I had completely forgotten about it and listening back, I was totally caught off guard. It sounded like I was singing someone else’s song. I was excited so I set about finishing it immediately. Once I’d tidied it up, I eventually brought it to producer Patrick Ford, who helped the band fine-tune the push and pull with regards to the quiet/loud sections. Lyrically it’s like a “woulda coulda shoulda” sliding doors-type imagining.“

Five years after Islands went dormant, Nick Thorburn resurrected the band, who reemerge this year with their 8th album, Islomania. More than two years in the making, Islomania is a culmination of things Thorburn learned from the intervening period and all the things he’d accomplished during the band’s initial ten year run.

That initial session at Sunset Sound also featured Mike Stroud (RATATAT) on guitar, who then invited Thorburn to his studio in the Catskills, where they worked on another song (“A Passionate Age”). With Islands bassist Evan Gordon soon brought into the fold, Islomania slowly came to life over the coming year, with more sessions in LA involving producer Patrick Ford (Tanlines, !!!) and Coady. When the songs had been sufficiently finessed, they brought on John Congleton (Sharon Van Etten, St. Vincent) to mix and Joe LaPorta (Vampire Weekend, David Bowie) to master.

“I was determined to let the record breathe, let the process take as long as it needed. I wanted the freedom to rework the songs as we went along,” says Thorburn, noting that the band’s simultaneously released 2016 albums Taste and Should I Remain Here at Sea? were completely recorded in a three-week span. Through this unhurried process, Islands found an entirely new form for their idiosyncratic blend of art rock and synth-pop, ultimately arriving at their strongest record yet.

Over the course of ten groove-heavy songs, Islomania flits from the ridiculous to the sublime. On the surface, these songs are all blissful hedonism, tracing the reckless abandon of a progressively wild Friday night. But pick at the scab and there’s a darkness. Themes of futility and repetition (“Closed Captioning”), a yearning for transcendence (“Natural Law Party”), a need for understanding (“A Passionate Age”) and a deep desire for vulnerability and intimacy (“We Like to Do it With the Lights On”) thread the album. “Tension and release exist throughout. Every song here begins bottled up, but there’s always a cathartic release by the end. There’s darkness and doubt in every crevice of this record, but there’s always a release,” Thorburn says.