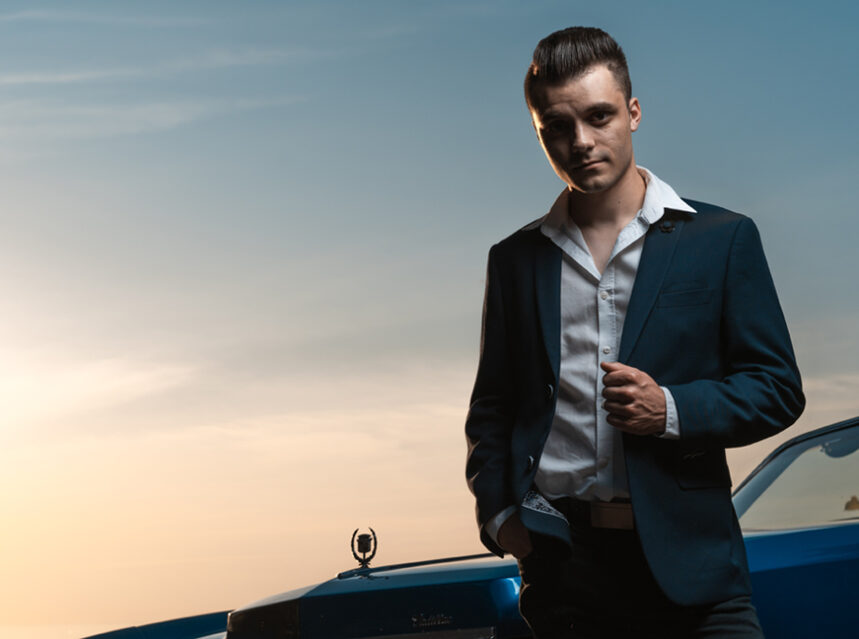 Following the huge success of his September 2020 release “Now I Know,” Beamsville’s Riley Michaels has just released a brand new single “Turn Off The Lights.” It’s quickly gaining radio traction across Canada on Radio, in addition to TV appearances across the country, and features all across the Canadian blogosphere!

Riley’s newest track, “Turn Off The Lights” is a slow tempo, melodic guitar-pop tune, co-produced by Tal Vaisman (Ascot Royals) and Andre Kaden Black (Fefe Dobson, Walk Off The Earth) and was mastered by legendary Canadian engineer, Noah Mintz. The video for the tune was directed by Canadian director Jay Ashcroft.

“Turn Off The Lights” is a song about balance – an acknowledgement of becoming so wrapped up in something that a person may neglect other aspects of life, like personal relationships with family and friends. With its soft, sensitive melody and lyrics of longing, Riley’s “Turn Off The Lights” showcases the 20-year-old’s abundant musical talent.

“I realized that I was so consumed in trying to craft a career, that I had forgotten to take time and spend it with people that I care about. Turn Off the Lights is a song about dedication – to a person, a career, and about reconnecting with the one you love,” said Michaels.

The video for the new single reflects the lyrics of the song, using imagery to showcase its meaning. Riley, his guitar, and his girlfriend (she really is his girlfriend) are at times blocked by a shadowy figure – an allusion to the difficulty of balance. Directed by Canadian director Jay Ashcroft, the video also showcases Riley performing the song on his guitar.

With a laser focus on his musicianship, Riley says his pop-rock sound is reminiscent of the guitar stylings of John Mayer and the melodies of James Bay. It’s no wonder why Canadian music publication Pulse Music Magazine called Michaels an “old soul coloured with musical genius”.

Hailing from Beamsville, ON, Riley Michaels started making music at the age of 8 after winning 1st place in a local singing competition. When he received Guitar Hero for Christmas, he jumped deep into the “rabbit hole” of Classic Rock, Blues and other similar genres.

Today, the music Michaels makes is a combination of Pop and Adult Contemporary, with a range of influences. In his new releases you can hear the smooth guitar playing of John Mayer, the subtlety and groove of Prince, the emotion of James Bay, and even some pop progressions that sound like Harry Styles or the Jonas Brothers. He even mixes in a little country, in the style of Chris Stapleton. Riley’s recent releases evoke the vibe of driving down the highway with the roof of your car open, a day at the beach, or even a dance club. Others offer intimate feelings that audiences will connect with on a deeper level.

In 2017, Michaels wrote, produced, recorded, mixed, and mastered his EP “Toxic Love” in his home studio, featuring 5 self-written songs with full-band instrumentation. Notable past performances include several Rogers Hometown Hockey NHL Festival Tour stops (2017-2019); opening for Honeymoon Suite in 2013; and Canadian Music Week 2019—plus many RibFests, local festivals, and bars/venues all over Niagara and Hamilton, ON.

Riley Michaels continues to write and record at his home studio and on September 18th, 2020, he released his new single, “Now I Know,” gaining 47,000 streams on Spotify and counting!

In 2021, Michaels plans to continue releasing more music and he also plans to book some tour stops and performances as soon as it is safe to do so!

Download the new single, “Turn Off The Lights” right here.