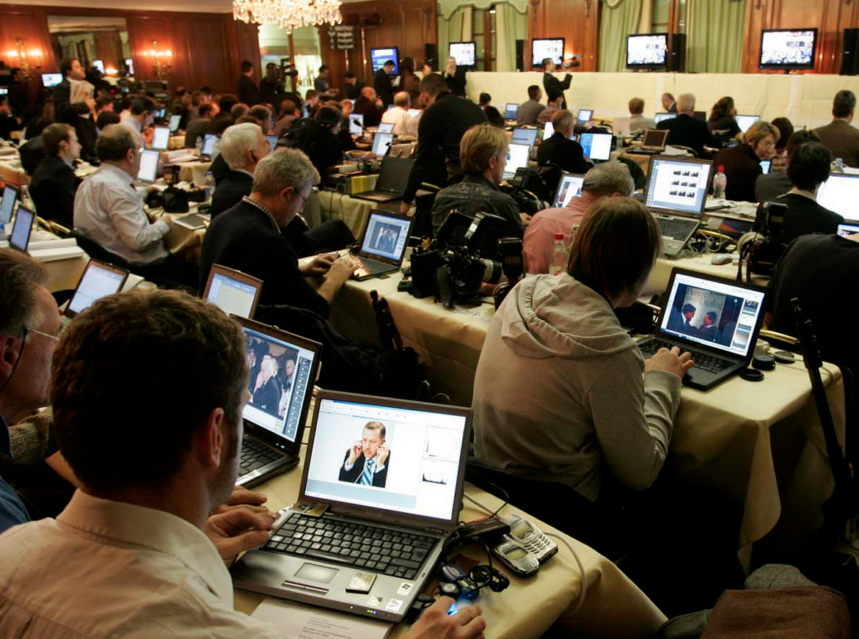 TORONTO, July 24, 2020 /CNW/ – The Canadian Association of Journalists (CAJ) was dismayed to learn that Global News laid off 70 journalists predominantly across its digital operations earlier today.

“It is gut wrenching to hear about yet another round of mass layoffs in Canadian media,” said Brent Jolly, president of the CAJ. “While we recognize that the COVID-19 pandemic has created global economic instability, it is disheartening to see the jobs of talented journalists repeatedly left on the cutting room floor.”

The company attributed the decision to “the collapse in advertising revenues brought on by COVID-19” and “a strategic shift away from the non-news genre toward our core mission of providing breaking news and fact-based journalism.”

“Global’s implication that these journalists weren’t producing vital news is simply untrue,” Jolly said. “In journalism, there is no beat better than the other. All provide critical information Canadians need to understand the world around them and hold power, at all levels of society, to account.”

The Global layoffs are the latest to hit the industry during the pandemic. By the end of April, fifty outlets had permanently closed, 78 cut staff totaling 2,053 editorial and non-editorial workers who had lost their jobs. The latest numbers, which are maintained by the COVID-19 Media Impact Map for Canada, are even more concerning.

The Global layoffs included a number of young, female, and/or racialized journalists who were transforming Canada’sjournalism landscape at a time when the industry’s lack of representation is in serious question. Corus, Global’s parent company, recently launched a diversity review, spurred by concerns raised by entertainment reporters and more. The CAJ will be looking carefully, in the days ahead, to see whether any marginalized communities were disproportionately affected.

Global’s memo, written by Troy Reeb, executive vice-president of broadcast networks, notes the company has “sought sector-specific relief to address inequities with foreign internet broadcasters who don’t play by the same rules, and tech giants that redistribute our content without compensation.” The CAJ will be exploring solutions to this problem, and looks forward to engaging with industry members on the issue.

“Journalism has been deemed an ‘essential service’ during the pandemic,” Jolly said. “From coverage of the crisis in long-term care homes, to the inequities faced by temporary foreign workers, journalism has proven its invaluable role.”

The CAJ is Canada’s largest national professional organization for journalists from all media, representing more than 600 members across the country. The CAJ’s primary roles are to provide high-quality professional development for its members and public-interest advocacy.