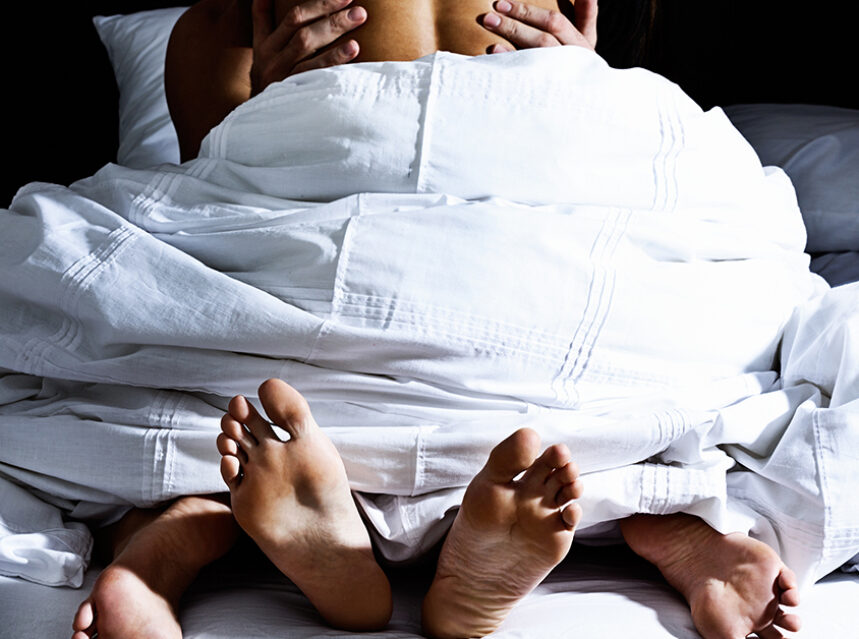 My phone buzzed once, twice and then three times on my nightstand, jarring my subconscious self to life.

“Have you heard of this Cat Person article? Sounds like something you would do.”

“I’m at work so I haven’t read it yet, but basically this woman wrote a piece in the New Yorker about a date, and it’s blowing up. Everyone’s talking about it.”

Still half asleep, I rubbed my eyes and fumbled with my phone, my groggy curiosity enough to fuel the internet search for this story. Much of my writing is dedicated to anecdotes and opinions relating to dating and sex, after all, so this seemed right up my alley.

My friend wasn’t kidding, the fictional story named ‘Cat Person’ was featured in The New Yorker, and had quickly taken the internet by storm. Shaped around two characters who eventually find themselves on some version of a date, following a drawn out period of primarily text-based courtship, the story is wrought with themes of gender, sex, power, consent and romantic empathy.

As I quickly tore through the article, I found my mind spinning with the realization that many of the themes explored in the story directly apply to those which I write about, or have experienced myself throughout my own romantic timeline.

In the story, Margot (a college student) finds herself engrossed in the tempered flirtation and eventual sexual courtship with a man, Robert, who she meets while working the concession stand at a local, artsy theatre. She is 20 and he is 34, and while he isn’t noted as being her physical type at first glance, she quickly develops a romanticized crush on him through means of witty text banter and a brief, pre-date encounter.

Fast forward to their ‘date’, and everything unravels before it’s even begun. The witty conversational dance they had established over text had somehow transitioned into a clumsy rollercoaster, fraught with neuroses, sarcasm and depreciating jokes. Margot finds herself over-analyzing his words and body language while desperate to understand how the dynamic shifted out of her favour, suddenly regretting this lacklustre culmination of so many romantic expectations. And yet, in the end, they still sleep together — and it’s just as cringeworthy as you might expect. Her sexual desire for him had quickly faded, but she felt that she wouldn’t be able to (tactfully) stop what she had set in motion. So, she let it happen.

Later, she stops texting Robert and, as you might anticipate, he doesn’t take the rejection well.

And that’s where my mind went wild. This year has been, without a doubt, a trying time for our understanding of sexual conduct within society, the topic of consent, the way in which we navigate a dating culture that is notoriously rife with insecurity, ground rules and grey area(s). The discourse surrounding the topic of sex, consent and sexuality has, if anything, reached a fever pitch — but only after so many years of blatant miscommunication and ignorance. And here we are, faced with a fictional story that delves into the raw, unedited consciousness of a failed sexual encounter that is anything but fictional, to so many of us.

The problem that comes to mind, and one of the themes which is directly explored within Cat Person, is a sense of disillusioned empathy. Rather, the common social predisposition to feel sorry for a lack of connection or attraction, and the subsequent inability to stop something we’ve set in motion even when we know it wasn’t what we expected, or what we ultimately want. At the core, I think this relates back to our frequent discomfort with communicative transparency, as it relates to our own desires and intentions, and the impending reaction(s) of those become involved with.

In today’s dating landscape, many of our (potential) romantic encounters are borne online or through an app, delivered through means of a profile featuring carefully curated images and a strategically crafted bio. We have taken the in-person experience of seeing someone you consider to be attractive and deciding to approach them, and conceptualized it into an app form. It has all the potential glory, without the risk of spilling your guts along the way; because let’s face it, rejection is a dish much better served anonymously or with an easy ‘swipe left.

This degree of separation, brought to us by the internet and the age of social media, allows people to constantly advertise the best possible version of themselves, or assume an alter ego of sorts and an inflated sense of confidence. But more importantly, it also give us endless opportunity to romanticize the idea of people based on assumptions, texts and/or their online persona. Just as we may build ourselves up online, we are able to build up our potential suitors, eager for them to check the boxes we’re silently considering as we swipe through profiles and navigate first dates. We can put them on a pedestal, untouchable until the in-person interaction implicitly confirms, or aptly dismantles, our image of them.

So what happens when the real thing doesn’t quite live up to our idealized expectations? More often than not, we feel as disappointed as we feel bad, making way for a misinformed sense of guilt that leads us straight into the self loathing and regret that Margot described when she slept with Robert. We give consent for an encounter to continue, even though that consent is coming from a place of jaded duty and obligation, often to avoid an awkward conversation. And let me tell you, the emotional and physical realization that’s waiting for you at the finish line, it isn’t satisfaction — it’s disappointment. The kind of disappointment that lingers, etching it’s way into your understanding of your sexuality and finding moments of reawakening in future sexual and romantic encounters.

This story, the theme(s) it explores and the reason everyone’s talking about it — it’s not about consent, specifically. It’s about where the consent is coming from, the underlying ‘why’ amidst the chaos of an oftentimes confusing dating culture and spectrum of emotion/desire and power. It’s not just about empathy and romantic disappointment, either. It’s about the psychological script running in our mind that causes us to feel apologetic for the emotional/sexual realities and realizations that are rightfully ours. And it’s not about bad sex, specifically, either. It’s about the breakdown that happens between the act of sex and the respect and understanding of our sexuality, all because we are so frequently unable to read each other sexually or communicate effectively (and honestly).

In an interview with The New Yorker, the author of Cat Person, Kristen Roupenian explained that Margot’s resignation to sex she no longer wanted “speaks to the way that many women, especially young women, move through the world: not making people angry, taking responsibility for other people’s emotions, working extremely hard to keep everyone around them happy.”

This strikes a chord with me. I, personally, consider myself to be an extremely independent female, navigating the dating realm with a rather concrete sense of self and an ever-evolving understanding of the need for transparency, confidence and communication. And yet, I still find myself apologizing constantly. If I don’t feel a connection on a date, and later share that realization with my potential suitor in a decidedly kind and gentle manner, I am often plagued with feelings of misplaced guilt. And more often than not, I receive backlash — varying levels of anger, accusations or snide comments in the face of perceived rejection. They might accuse me of being a slut, of leading them on, or being a b*tch.

Once, after many months of rejecting sexual propositions from a man I had gone on a single date with, he started to take hits at my body image. “At least you’re thinner now, eh” he wrote to me one day (out of the blue) over Snapchat, because I had blocked him on everything else. I owed nothing to this man, but he certainly felt otherwise. And despite his vulgar approach, I had initially made a conscious effort to be gentle in my refusals, eager to not make anyone angry or hurt any egos. I was kindly tip-toeing around someone who wouldn’t think twice about dragging me down. Why was that? I might have thought I was just being the bigger person, but was that it?

And, much like Margot, I’ve found myself in encounters that I, at some point, realized I didn’t genuinely want. I’ve experienced that dreadful disconnection as you are physically there, but your mind is elsewhere, looking down on the events that are unfolding and wondering why you let it go that far. And generally, I chalked it up to just ‘bad sex’ or a lack of chemistry, but even then I was faced with gentle accusations, “Well, did you really give him a chance? I thought you were attracted to him? But he seems nice, why not see if it gets better? Maybe you’re just being shallow. Maybe you made him feel nervous.” Whether my friends realized it or not, they were encouraging the very psychological script that causes us to feel so apologetic when we don’t feel a connection, or decide we don’t actually want something we thought we wanted— and that in itself, is dangerous.

It’s conversations like this one, that inspires us to think about the ‘why’ behind our actions. Are we saying yes for us? Or for someone else, or to abide to some socially contrived perception of romantic/sexual right and wrongs? Are we tip-toeing around the declaration of our feelings and intentions out of the constant fear of hurting someone else’s feelings or ego? Are we subconsciously playing into the ‘well, I asked for it’ culture each time we change our mind about what it is that we want? Are we dating and having sex with our desires, needs and values firmly intact, or are we frequently prioritizing the desires or expectations of someone else?

As Cat Person so eloquently detailed, this culture of inept intimacy and sexual miscommunication is alive and well, and I think it’s damn well time we start actively working to (better) understand it.

Lauren is a full-time writer, editor and content marketer. Born in Alabama but raised in Dallas, Lauren now lives downtown, Toronto while pursuing her writing career and working as a kickboxing coach and personal trainer. You can follow her on Instagram @laurenramesbottom.
By Lauren Ramesbottom