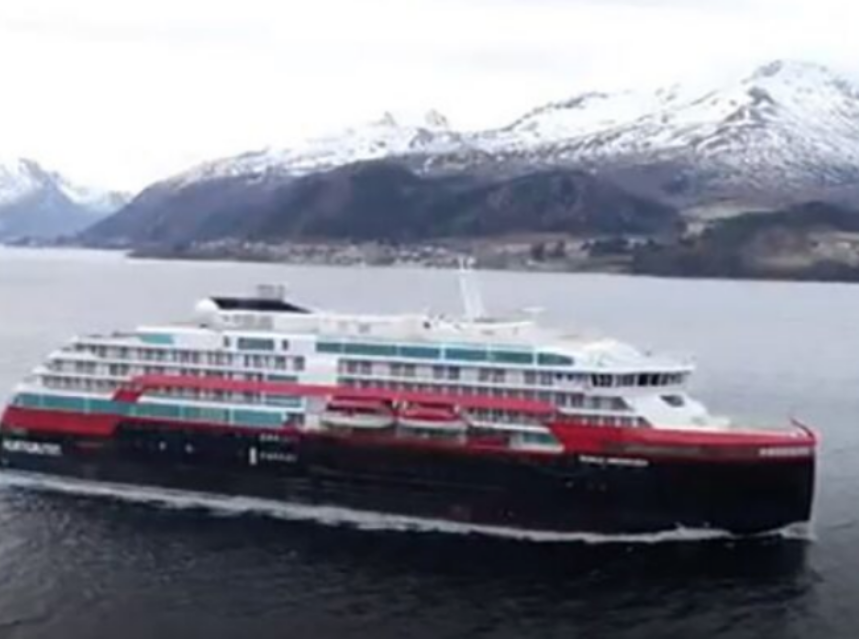 MONTREAL, PQ, August 4, 2020 — Covid-19 outbreak on one of the first cruise ships to resume operations — The outbreaks on cruise ships are considered to have been a highly significant factor in the spread of the virus across the globe. Now, as cruise lines begin resuming operations, a Norwegian cruise ship, the MS Roald Amundsen, is now docked in North Norway in Tromso, north of the Arctic Circle where at least 41 people who were on board tested positive with the virus and have been admitted to the University Hospital of North Norway.

Health officials expect more cases of Covid-19 to surface in the dozens of towns and villages along Norway’s western coast, as some passengers disembarked along the route and may have spread the virus to their local communities.

The MS Roald Amundsen was on a weeklong voyage from Tromso to Svalbard in the Arctic. Four crew members, admitted to the hospital last Friday, tested positive with the virus after docking in Tromso and then another 32 crew members also tested positive. They were tested for the virus before leaving their home countries (Germany, France and the Philippines), but did not quarantine before starting work on the ship.

Close to 180 passengers still on board and allowed to leave the ship last Friday, have been contacted and told to self-isolate for 10 days. Five passengers have so far tested positive, from the 387 who were on the ship between July 17th and 31st. Most of the passengers are reported to be Norwegians, but there were also travellers from Germany, Denmark, the UK and the US on board. They are urging anyone who travelled on the ship or had contact with anyone on it to get in touch with health authorities.

During February 2020, the largest cluster of COVID-19 cases outside mainland China first occurred on the Diamond Princess cruise ship, which was quarantined in the port of Yokohama, Japan on February 3rd. Then on March 6th, more cases were reported on the Grand Princess cruise ship off the coast of California; that was also quarantined – and by March 17th, confirmed cases of COVID-19 had been associated with at least 25 additional cruise ship voyages. These 25- plus outbreaks contributed significantly to the spread of COVID-19 across the globe.