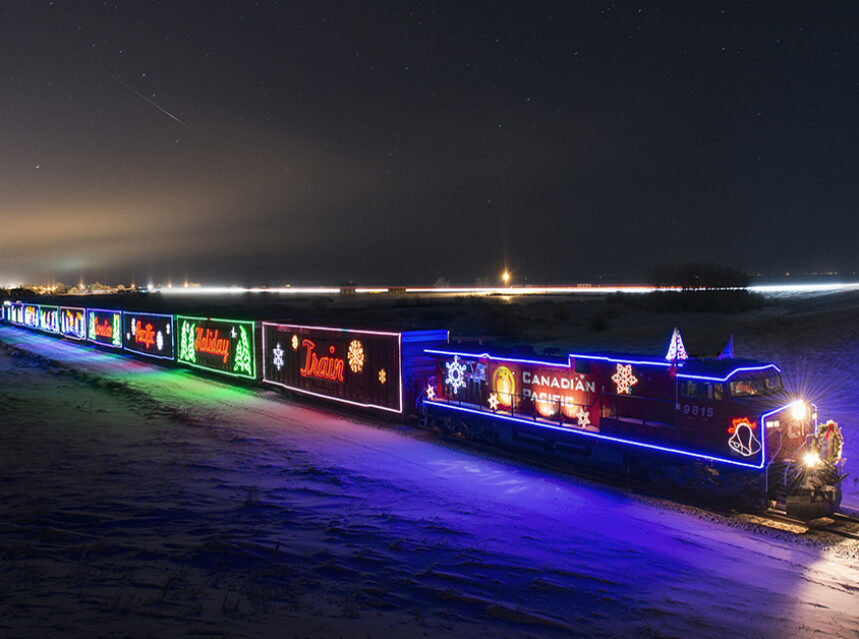 CP Holiday Train 2017 – The CP Holiday Train program launched in 1999 and has since raised more than C$13 million and four million pounds of food for communities along CP’s routes in Canada and the United States.

Beginning in Montreal, Quebec, on November 25 and 26, 2017 respectively, two trains will make the festive journey, travelling through both the U.S. and Canada to bring holiday cheer to 171 communities along CP’s network. Each event is completely free, with CP encouraging every attendee to open their cupboards or wallets to ease hunger needs in their community. Local food banks will be accepting donations at each stop to ensure those less fortunate can access adequate food this holiday season and year-round.

“The Holiday Train program is all about local food banks and food shelves and the critical role they play in our communities,” said Keith Creel, CP’s President and Chief Executive Officer. “People come for the beautifully-lit train and stay for the incredible show – all in the name of community. The holiday season is the best time of the year, and we look forward to bringing together thousands of Canadians and Americans this season for this incredibly important cause and a great time.

The 2017 edition of the Holiday Train also concludes CP’s Canada 150 celebrations and the Canadian train will feature the Spirit of Tomorrow car, which was part of the Canada 150 Train this past summer.