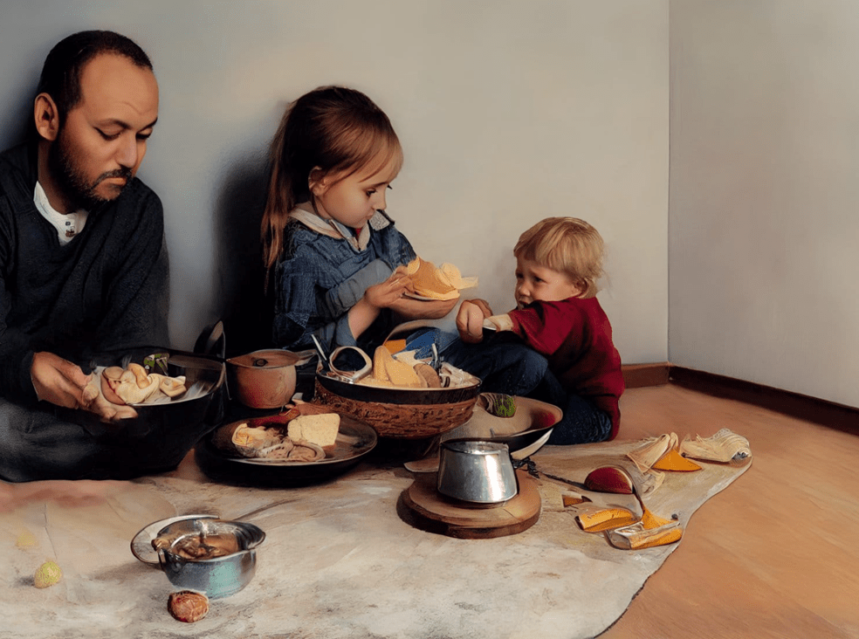 Toronto, Ont. – As GivingTuesday approaches, Canadian inboxes will be flooded with charities leaning on “hard-hitting” photos used to shock donors into giving. Today, Furniture Bank, a Toronto-based charity, announced a ground-breaking annual campaign that rewrites the narrative of charitable campaigns.

Instead of relying on “poverty porn”—images that exploit, objectify and dehumanize people who are at their most vulnerable—to increase donations, Furniture Bank is leveraging innovative technology to create these visuals.

“We are living in a highly visual reality where photographs are imperative for charities to access support, but how, ethically, can we take pictures of people’s lowest moments?” says Furniture Bank Executive Director, Dan Kershaw. “We can’t and we won’t, and this is why Furniture Bank is turning to Artificial Intelligence.”

Instead of trying to capture the realities of furniture poverty through a traditional camera, Furniture Bank is disrupting the fundraising campaign model by engaging with Artificial Intelligence (AI) to create these images. Though AI-generated art is spawning fierce debate in art circles, it allows Furniture Bank to communicate the dire situations its clients are living in with its donors ethically, and responsibly.

By using AI tools, Furniture Bank was able to save up to $60,000 in production costs, using the realities experienced by its clients to describe furniture poverty—sleeping on stained mattresses, children doing their homework on the floor in an empty living room, a kitchen that has nothing but a sink and some cupboards—to generate images that capture the desolation and isolation without compromise clients’ dignity.

GivingTuesday, the world’s largest generosity movement, was created in 2012 as a simple idea: a day that encourages people to do good. The idea caught on, and has grown around the world, inspiring hundreds of millions of people to give, collaborate, and celebrate generosity. Within just a few years GivingTuesday has grown into a global movement with active movements in more than 80 countries, working year-round to inspire generosity around the world. Th common mission to create a world where giving is part of everyday life. Hundreds of millions of people participating in whatever ways they can.

Founded in 1998, Furniture Bank is a registered charity and social enterprise which redistributes gently-used furniture and housewares from donors in the community to families and individuals experiencing furniture poverty.

Revenues generated through our furniture removal service, which is run as a social enterprise, funds our charitable activities as we work to end furniture poverty – one sofa and one family at a time.