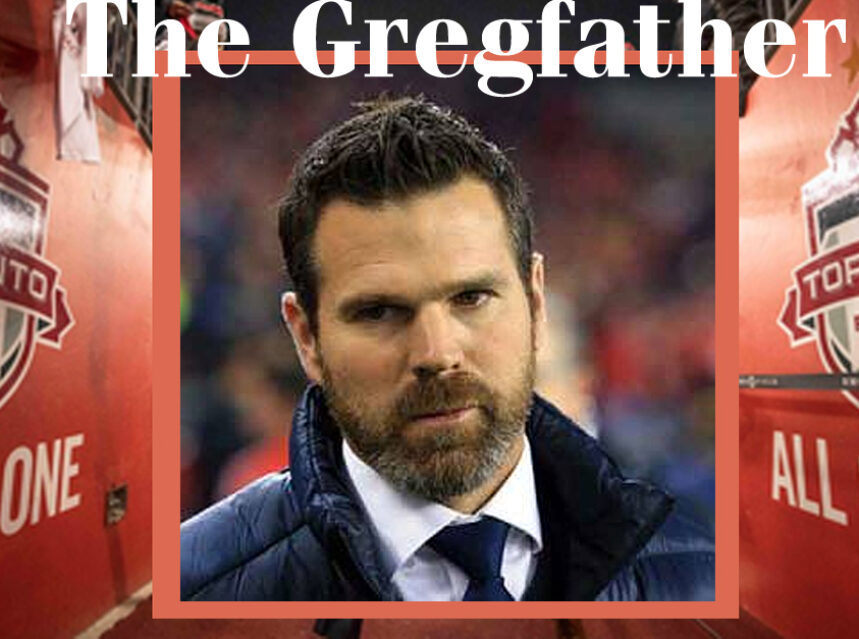 Greg Vanney steps down — Toronto FC’s winningest head coach, Greg Vanney has announced today that he is stepping down from his role as head coach. Vanney, nicknamed ‘The Gregfather’ by TFC fans is the winningest coach in the team’s history, delivering the long sought-after MLS Cup in 2017 along with three straight Eastern Conference Championships from 2016-2018.

A very emotional Vanney shared his thoughts from home. Regarding his time here in Toronto, aside from all the results that will forever be talked about, a noticeably choked up Vanney says, “Truly from my perspective. The gold that is Toronto FC. It’s the people. It’s the relationships. It’s how everybody looks out for each other. They take care of each other… to put everything behind and look at the club as the most important thing as everything moves forward.”

Vanney said, “The experiences we’ve had together as a group,”— before a very long pause to contain himself and hold back his emotions, — “have been nothing short of amazing and I’m trying to reach out to each of them, but they know how I feel about them. So thank you guys,” said Vanney.

“Obviously this was a difficult decision….I think it’s time for myself and my family to move on and take our lessons here and at the right time try to apply them somewhere else and have a whole new set of things to learn and just keep growing,” said Vanney.

Vanney became extremely emotional when expressing his gratitude to the team’s incredible fans. He said he has played and coached the game in many places and “The fans of Toronto have a unique understanding & passion for the game as it relates to any club in this league. The environments that they have created on the biggest nights in Toronto and the emotions we shared together over the years will forever be cherished,” said Vanney while choking back the tears.

Vanney’s MLS career began with six years playing as a defender for the LA Galaxy from 1996 to 2002. He moved on to play three-and-a-half in the French First Division playing for Sporting Club de Bastia between 2002 and 2005. He then returned to MLS for one year stints with FC Dallas, Colorado Rapids, and DC United, before ending off his final season of playing back with the Galaxy. Vanney also earned 36 caps, scoring one goal, with the U.S. national team between 1996 and 2006.

He was adored by TFC fans, who nicknamed him ‘The Gregfather.”