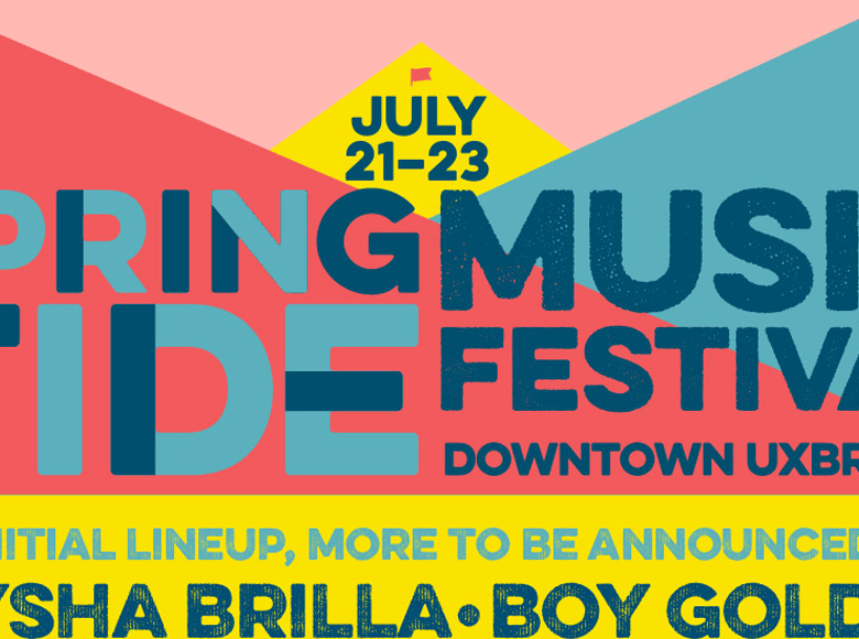 TORONTO, May 3, 2022 – Springtide Music Festival has just announced the first wave of programming for this annual celebration of music and community taking place July 21-23, 2022. Springtide Music Festival, with title sponsor Durham Tourism, will host over a dozen stages in a variety of unique venues on a 1.4 km strip in downtown Uxbridge, Ontario.

Over thirty acts were revealed today with more names to be announced in the coming weeks. Tickets for Springtide Music Festival are on sale via the festival website.

“It’s been a trying few years for live music having to sideline plans due to the pandemic, but after a two-year hiatus we are thrilled to be back for our biggest festival yet,” says Co-founder and Festival Director, Tania Joy. “Expanding to three days seems fitting for our return with a diverse lineup of emerging and established Canadian acts planned to celebrate the festival’s resurgence across our downtown core including stages in restaurants, shops and our outdoor beer garden. We are especially delighted to add The Uxbridge Music Hall among this year’s venues, as well as an exciting partnership with Durham Tourism as our title sponsor.”

More exciting local and visiting artists will be announced in the coming weeks with curated showcases that thoughtfully match the venues.

Launched in 2018, Springtide Music Festival is an incorporated non-profit organization, led by a volunteer team of local musicians and business leaders. Springtide is an artist-run, grassroots festival with over 70 artists on Specialty Stages and in partner venues in downtown Uxbridge.