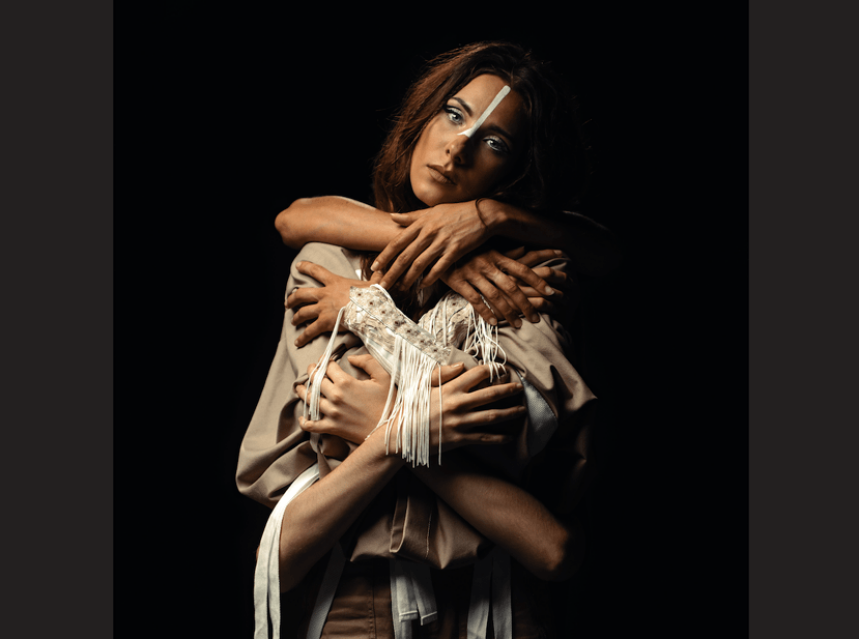 TORONTO, ON, Oct. 1, 2021 – For ANYMA, an up and coming Indigenous alt-pop artist, music is her medicine. It is a daily experience of harmony that not only brings balance to her life, but also unites people around her. On her debut six-song EP HUMANS (Seeking Blue Records), ANYMA offers glimpses into what she sees as the key components of her artistic vision—community, introspection, love, nature, wisdom and humanity.

A member of the Wendat Nation ANYMA was born and raised in Wendake, Quebec. It was her parents that first introduced her to a life of music, dance and circus. Performing in her father’s production of Ozalik, a musical theatre experience that explored the intersection of contemporary arts and traditional First Nations worldview, she performed for five years alongside her friends and family—an experience cut short by her father’s untimely death in 2018.

It was a friend and former lover that helped ANYMA cope with grief through music. Together they began to apply her poetry and melodies to a cinematic and bold production style inspired by film composers such as Hans Zimmer and John Williams. Together, they created a collection of songs that spoke to the root of her pain. This act of introspection, honesty and vulnerability revealed how ANYMA had walked further into darkness to find solace.

“These songs really explore the full spectrum of humanity,” she says. “I can’t begin to capture the complexity of the human condition in one song, or one album or even in my entire career. But I can nurture an awareness of it and help others in their own sense of awareness. It’s a terrifying and beautiful path to take and dynamically, I think this music honours that spirit.”

Since releasing the singles “Circus,” “If God Had A Boat” and “Home To You,” ANYMA has been featured on the cover of Spotify’s Indigenous playlist, as well as on CBC Music’s Reclaimed. She has also been profiled in the Toronto Star, Canadian Musician Magazine and to date has accumulated over 400K YouTube views. Most recently, ANYMA signed a distribution deal with B.C.-based Seeking Blue Records and joined the Paquin Entertainment roster.

Following the release of HUMANS on Oct. 18, audiences can expect more video content from ANYMA, along with collaborations with other notable acts that will carry her rapidly expanding fan base through the winter months, as she ramps up into a full-fledged touring season in 2022.