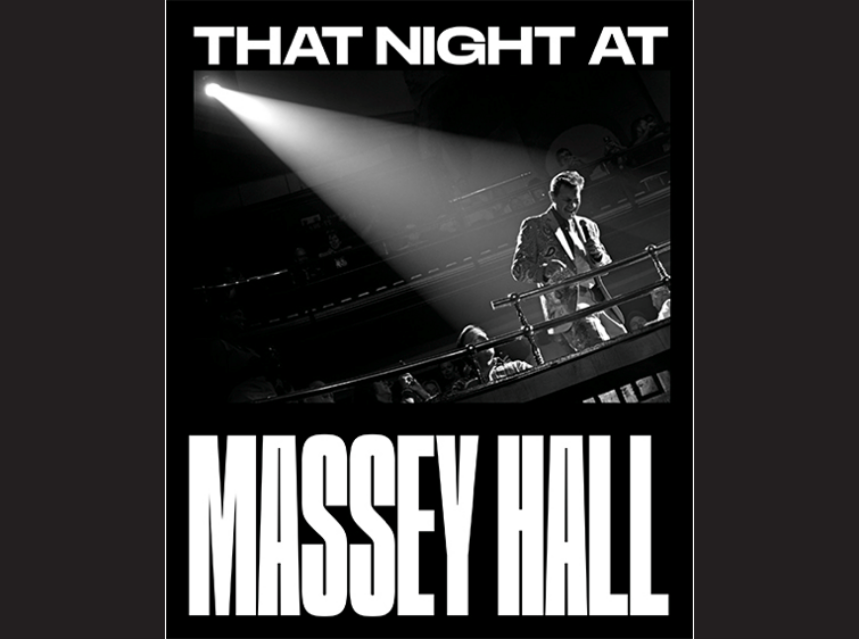 Author David Binks gathers well over a thousand story, photo and memorabilia moments to create an archival for the ages on iconic Canadian venue

TORONTO, ON, Sept. 30, 2021 – In an epic archival for the ages of one of Canada’s most iconic venues, author David Binks has written and compiled ‘That Night At Massey Hall‘ — and its available for pre-orders now!

At 240 pages, this limited-edition tome teeming with tales from Toronto’s ‘Old Lady of Shuter Street’ is home to more than 1,500 individual story, photo, and memorabilia contributions, and features over 500+ artists — including Rush, Lightfoot, Dylan, Pavarotti, Aretha, Neil Young, Springsteen, Miles Davis, Van Morrison, U2, and The Tragically Hip.

Following a foreword from Grammy Award-winning musicologist Rob Bowman, Binks wastes no time before diving into Massey Hall’s 100+ year history: how protesters of the former USSR marked their presence, or details on which artists turned up at the wrong venue, why the ‘greatest Jazz concert ever’ didn’t ultimately sell-out, and which show was the perfect prelude to a stint in jail…

“That Night At Massey Hall gets into who Gordon Lightfoot called with advice before their debut appearance, which performer saved an audience member’s life, and nuggets like how to secure Keith Richards’ guitar pick,” Binks shares. “These are not just stories about what happened on the stage itself, but also first visits, chance meetings, missed opportunities, first dates…

Originally from Sheffield, England, and now based in Amsterdam, Binks is a retired CEO, and consultant who first visited Toronto in 2000. “I developed an instant affection for Massey Hall,” he recalls. “One evening, I was reading old advertising notices in the bar area when I first had the idea to collect from people their own personal stories of their favourite ‘Nights’ at this fabled place.

“For Torontonians and Canadians — as well as visitors, artists, and music fans everywhere — I wanted to create a book that offered a lasting connection to our past, and to so many great memories,” he continues. “I worked over a three year period to gather as many stories as I could from artists, audience members, and employees, all through an online submission form on the book’s website. Folks like Alan Cross, Michael Hainsworth, and John Derringer, as well as some well-placed ads in NOW Magazine, etc, were instrumental supporters to help get the word out on what I was looking for.”

Twelve years after his own ‘Night At Massey Hall,’ Binks has produced a beautifully designed collector’s item that, with every turn of the page, whisks readers away on an intimate and inimitable journey through time. “Because the stories were collected from those who spent time within its walls, That Night At Massey Hall is the patrons’ way of giving something back to the venue itself,” he considers. “It captures the affection and emotional connection felt towards it.

“There are definitely lots of fun surprises I came across,” he hints. “Overall, it’s a book about growing up, settling down, looking back, being inspired, and — of course — rock n’ roll.”

That Night At Massey Hall is available for pre-orders now, with shipping slated to begin in October.