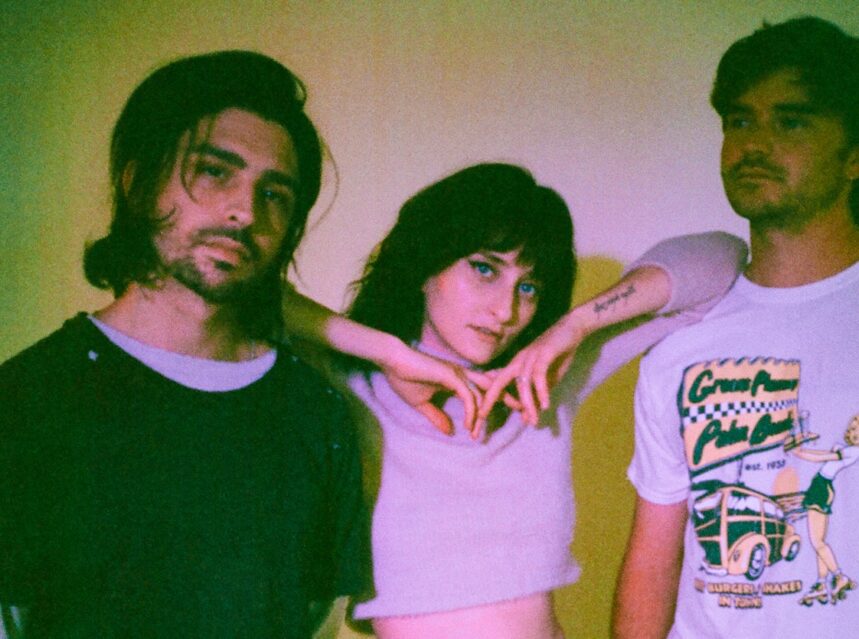 TORONTO, ON, September 15, 2021 – Today, LA-based (one-third Canadian) incendiary rock band Kills Birds are sharing their all-consuming, intense new single “Glisten,” the second offering from their upcoming, sophomore album Married, out via their new label home Royal Mountain Records and KRO Records on November 12th. The band have also confirmed several tour dates with Foo Fighters for 2021 and 2022 and have also been confirmed to perform as part of The Great Escape’s First Fifty, the first round of the freshest and most exciting talent across the globe.

The new album was recorded at Dave Grohl’s Studio 606 by invitation of the man himself, and produced by Yves Rothman. Their fresh new single, “Glisten” comes complete with a video that pools the emotion and ever-climbing energetic fuzz echoing the insecurity that comes with expectations in a relationship. The confusion of love is embodied here — love for others, and love for oneself.

Bosnian-born, Windsor, ON-raised lead singer, Nina Ljeti explains “Glisten” saying, “This song is about loving the wrong people. It was written after I experienced a profound betrayal, at the hands of a person who was unable to take accountability for their actions. The lyrics in the chorus (why don’t you love me) are directed at the person in question. In retrospect, they’re also questions I need to ask myself,” says Ljeti.

“Glisten was written to kind of feel like water,” adds guitarist Jacob Loeb. “The chorusing, arpeggiating guitar melodies and the rolling, steadily intensifying rhythm section throughout the verse are meant to kind of create a sensation of floating in a river—like being gently lead by a force of nature that lures you somewhere turbulent and dangerous—the chorus with its angular,sharp and aggressive instrumentation,” says Loeb.

“Rabbit,” the ferocious first single and opening track on their upcoming album, Married is a storming and immediate declaration of intent from the LA-based band. It’s a brutal and intense account of an abusive relationship struggling with power dynamics, oscillating between quiet and loud dynamics – both beautiful and aggressive, devastating and cathartic.

Kill Birds are led by LA-based and Canada-raised Nina Ljeti (who LA Times deemed “L.A.’s most electrifying new rock singer”) and rounded out guitarist Jacob Loeb and bassist Fielder Thomas. This is the first track from Kills Birds since their debut self-titled album won fans at outlets like NPR, NYLON, The FADER, The New York Times, Paste Magazine, Chicago Tribune, as well as musicians like Kim Gordon, Hayley Williams of Paramore and Dave Grohl, the latter of which recently invited the band to join Foo Fighters on the road. The band will also be opening for Sleigh Bells on a nationwide US tour in October.

Kill Birds full tour dates and tracklists are below.