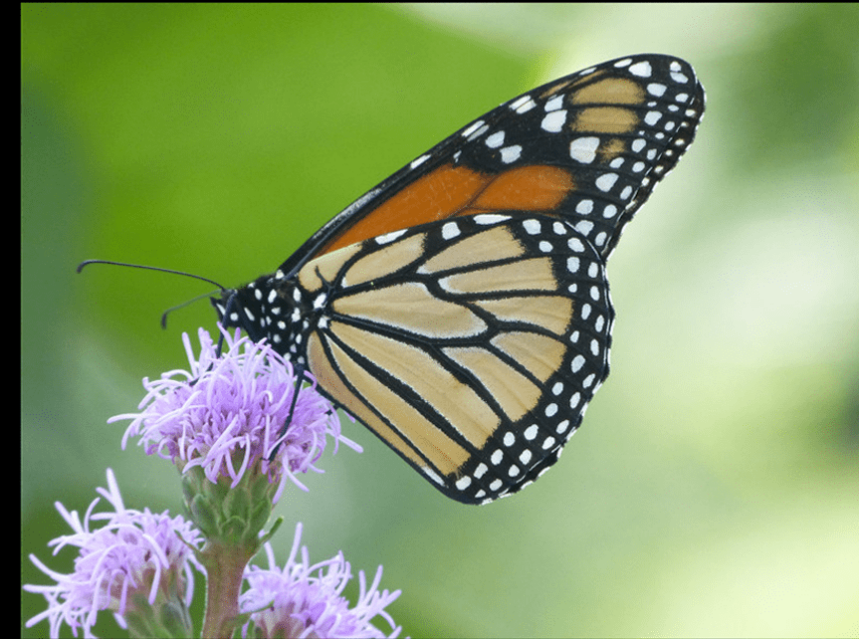 You can help by reporting eggs, caterpillars, chrysalises and butterflies on milkweed plants

MONTREAL, July 19, 2021 – For the fifth year in a row, Montréal Space for Life invites North Americans to participate in the International Monarch Monitoring Blitz thanks to Mission Monarch, a program of the Insectarium de Montréal.

This event, held simultaneously in Canada, Mexico, and the United States, allows researchers to identify priority areas for monarch conservation measures in North America. The annual monarch snapshots and the presence of milkweeds help gain a better understanding of the dynamics between the summer generations and their breeding habitat.

Now in its fifth year, the Blitz has collected over 4000 observations to date. The data collected is uploaded to the Trinational Monarch Knowledge Network website, where it is available for anyone to consult or download.

How to participate?
To take part in the Blitz, simply share your observations on the site of one of the participating community science programs.

The Canadian arm of this initiative is the Mission Monarch program of the Insectarium, a Montréal Space for Life institution. Discover the 4 easy steps to participate in the Blitz on the Monarch Mission website.

The hashtag #BlitzMonarch is used on social media to track this international conservation effort.

Facts about the Monarch

Evolution of the population
Monarch overwintering sites were first recorded by scientists in California over 200 years ago and in Mexico in 1975. Since then, the monarch, which moves between the three countries, has become an iconic species in North America.

After an alarming decline in monarch populations over the past 20 years, the eastern monarch population, which winters in central Mexico, showed a significant increase in 2018-2019 over the previous year. However, this population has experienced two consecutive declines in the last two years (53% in 2019-2020 and 26% in 2020-2021 compared to the previous year), and remains well below historical levels, indicating that conservation efforts are still needed in order to reverse the trend.

Meanwhile, the western monarch population, which breeds west of the Rockies and winters on the California coast, is close to extinction with only 1,914 monarchs reported in the most recent Western Monarch Thanksgiving Count, a shocking 99.9% decline since the 1980s. Public participation in community science programs on the West Coast is more important than ever in order to elucidate and address this dramatic population decline.

Important collaboration
The Blitz is an initiative of the Commission for Environmental Cooperation (CEC) Trinational Monarch Conservation Science Partnership. Through the Blitz, scientists from the Montréal Space for Life Insectarium, Environment and Climate Change Canada (ECCC), Monarch Joint Venture, Journey North, US Fish and Wildlife Service, Xerces Society for Invertebrate Conservation, and Comisión Nacional de Áreas Naturales Protegidas are inviting the public to help them learn about the distribution of monarchs and milkweeds across North America.